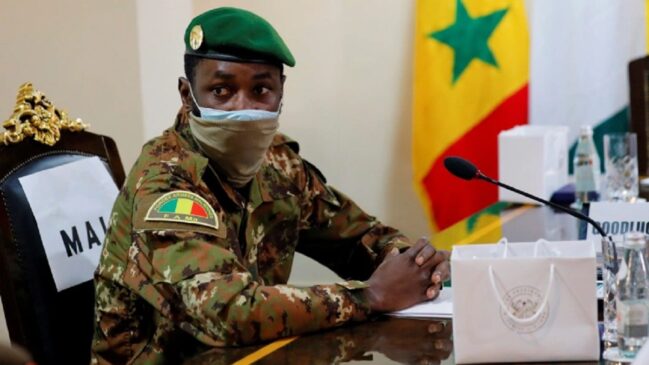 Moody’s Investors Service has affirmed the Government of Mali’s local and foreign currency long-term issuer ratings at Caa2 and has changed the outlook to stable from negative.

Its debt burden is expected to stay around 60% of gross domestic products in the current year from 51% in 2021, Moody’s projected. The Malian government has seen its fiscal position worsening amidst unstable governance activities and higher borrowing that follows a weak fiscal position.

The country defaulted amidst a crisis which necessitated a downgrade of the sovereign rating but hope is beaming after heavy sanctions were melted against the country. In a rating note, the firm said the stabilization of the outlook is prompted by the settlement of all unpaid debt obligations including late-payment interest by the Malian government on 12 August.

According to the rating note, this ultimately resulted in limited losses incurred by investors. Moody’s said this resolution of the default was only possible after the lifting of economic and financial sanctions, following the agreement reached on 3 July between the military-led government and the Economic Community of West African States (ECOWAS) for a return to civilian rule.

It added that the affirmation of the Caa2 ratings reflects very weak institutional and governance strength weakened by the successive coup d’états, which exacerbates risks regarding a successful return to civilian rule, in a process inclusive of all political parties and in accordance with the timeframe committed by the military government.

Additionally, political tensions, security issues and ongoing violence continue to be detrimental to Mali’s economic, financial and social standing, Moody’s added. It said these risks are balanced by a moderate fiscal debt burden, and strong debt affordability gave the recent shocks experienced by the country.

The three-notch gap between the local currency ceiling and the sovereign rating reflects Moody’s assessment of the small footprint of the government in the economy, low risks related to external imbalances due to Mali’s membership in the West African Economic and Monetary Union (WAEMU); balanced by a very weak institutional framework.

Recall that on 3 July 2022, all economic and financial sanctions imposed on Mali were lifted by the Heads of State and governments of the ECOWAS. The sanctions included the blocking of all payments by Mali’s government passing through the payment systems of the Central Bank of West African States (BCEAO) and a freeze on all assets owned by the government of Mali held at the BCEAO.

The rating note explained further that sanctions also encompassed the closure of land and air borders between ECOWAS countries and Mali. This included suspension of all commercial and financial transactions with ECOWAS member states and the suspension of Mali from all financial assistance with all financial institutions.

During the period when sanctions were in place, the country was unable to service its debt, leading to the accumulation of arrears on debt payments, which constituted a default under Moody’s definition.

Additionally, restored access to regional capital markets allowed the authorities to successfully issue CFA 215 billion ($331 million) worth of treasury bills and bonds, in order to repay the arrears on debt payments.

Late payment penalty interest was also paid to investors, amounting to CFA 6.7 billion ($10 million). As a result, losses incurred by investors were ultimately limited and the government is once again able to finance its deficit from the regional capital market and official lenders when in need.

Moreover, the removal of economic sanctions will allow for a gradual normalization of trade and economic activity including in the mining and agriculture sectors.

In particular, regaining access to the neighbouring ports of Dakar and Abidjan is essential to the economy given the country is landlocked, with this to facilitate trade activity especially for channelling aid. Government revenues will also benefit from the gradual increase in trade and economic activity through a rebound in tax and custom duties collected.

The resulting easing of the fiscal constraint will allow for better budget execution including capital spending which will support real GDP growth. In the medium term, Moody’s said it also expects investment in the country to gradually pick up and international support to resume to some extent.

These improvements remain conditional on the implementation of the agreement with the ECOWAS to return to civilian rule by 2024.

Increased investment and international support would reinforce the economy in the face of political and security threats and are likely to gain from an increased level of cooperation between the Malian military-led government and the international community.

Therefore, Moody’s expects growth to progressively recover to pre-pandemic levels, between 4%-5% per year, in the coming years assuming the successful implementation of the agreement between the military-led government and the ECOWAS.

Political risk alongside risks related to the transition to civilian rule remains elevated. The political situation and the security issues also pose significant constraints to the development of the economy and exacerbate the risk of social unrest.

The level of violence in the country and the multiple coup d’états have severely undermined Mali’s institutions over time, in particular the quality of legislative and executive institutions.

The country’s creditworthiness also continues to be constrained by very low-income levels, at around $2,447 GDP per capita in 2021 (purchasing power parity basis), low economic diversification and very low competitiveness which all illustrate a limited capacity to absorb shocks.

Mali’s creditworthiness is supported by a moderate fiscal debt burden and strong debt affordability, especially given the recent shocks experienced by the country. Despite spending pressures related to the adverse security environment and social demands, Moody expects the government’s fiscal prudence to remain.

Given these pressures, Moody’s only expects a very gradual fiscal consolidation with the fiscal deficit averaging 4.1% of GDP during the period 2022-2025. As a result, the country’s debt burden is likely to remain in the vicinity of 60% of GDP on average over that period against 52% of GDP in 2021.

This compares favourably to the median debt burden of Caa2-rated peers, at 68% of GDP at the end of 2021.