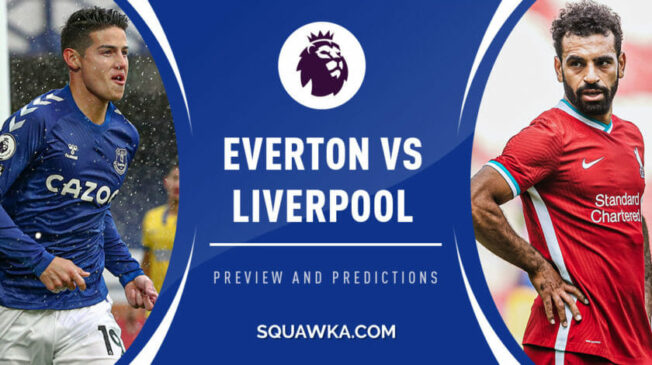 Liverpool 76 points trail Manchester City 77 points)by the thinnest of margins, as they have for nearly a month now, at the top of the Premier League table.  With the League Cup already in the bag, and their place in the FA Cup final and UEFA Champions League semifinals secured, Jurgen Klopp and Co., are chasing a seemingly impossible quadruple with no room for error between now and May 28.

That won’t feel too daunting of a task for them either, given the fact that they haven’t dropped so much as a Premier League point against anyone not named Manchester City in 110 days 2-2 draw with Chelsea, on Jan. 2.

As for Everton 29 points – 17th place, the prospect of being relegated from the Premier League grows more daunting by the day, as Frank Lampard’s side slowly improves its form without creating any additional space between themselves and the bottom three.

A victory over Manchester United, followed by a draw with Leicester, would have given Everton all the confidence and belief in the world, if not for Burnley’s 28 points in 18th place matching them point for point over their last six games 2W-1D-3L for each side.