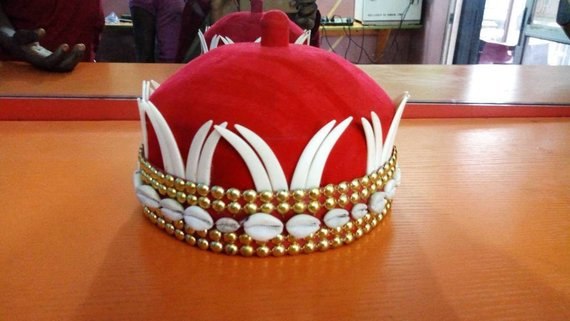 Waka About Africa learned that the new traditional ruler was presented to the Owerri North LGA chairman, Engr Lams Ibe, in the companionship of prominent sons of the community who escorted the new Eze to the Council Headquarter in Orie Uratta.

This followed the presentation of Prince Dave Onuegwunwoke to the Ndi Oha Uratta, who gave their blessings and support to the youthful Prince, who is succeeding his late father that ruled the community without blemish.

Earlier, Oha Monday Ihejieto who spoke along with the traditional ruler of Orji, Autonomous Community, a neighboring community to Akwakuma, HRH Eze Innocent Opara, said that Prince Dave is a chip from the old Block, and lauded the new monarch, he expressed confidence that the young Onuegwunwoke would have learned the ropes from his late father, therefore is primed to be a Royal Father of note.

The Councilor from Akwakuma Ward, Chief Paschal Emeana appealed to the people of Akwakuma to remain peaceful and live in peace, as the new traditional ruler will pursue ideas that will bring progress to the community.

The climax of the event was the acceptance of the new monarch, by the Interim Management Chairman of Owerri North LGA, Engr Lams Ibe, who expressed delight in the Rule of Law and due process which gave birth to Onu Egwunwoke as the new traditional ruler of Akwakuma Autonomous Community without rancor and crisis.

He urged the new Eze to allow peace and progress to reign in his domain by being a father figure to all his subjects, despite his youthful age and taking decisions with the fear of God.

Onuegwunwoke, the new traditional ruler thanked the IMC Chairman, the people of Akwakuma Autonomous Community and the Imo government for their support, and promised to lead his people with the fear of God.