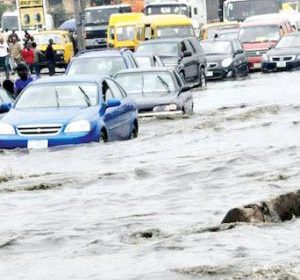 Earlier this year heavy rains and thunderstorms caused havoc in Lagos, Nigeria’s economic nerve centre and one of Africa’s most populous cities. Residents woke up in many parts of the city to find their streets and homes flooded and their property, including cars and other valuables, submerged.

In Nigeria (1978 to 2007) suggests that rainstorms are getting more intense. The data show that there are fewer rainy days, yet the total yearly amounts of rainfall have not changed much from previous decades. This means that more rain is falling on the days that there is rain, which in turn means that rain storms in the city are getting more intense, increasing the threat of flooding.

In Nigeria’s cities, the most common cause of flooding after excessive rains 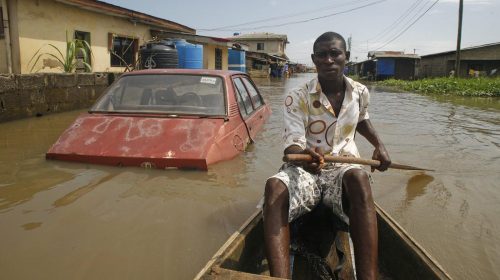 Lagos has been urbanizing rapidly. By some estimates there will be 19 million in the city by 2050, making it the 11th most populous city in the world. It is also home to most of the country’s industrial, commercial and non-oil operations.

Urbanisation and industrialisation increase the number of roads and buildings. This in turn 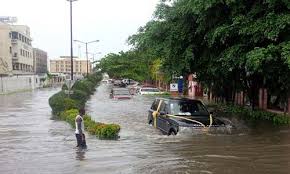 increases the proportion of surface area where water cannot be absorbed into the ground, leading to rapid runoff which then causes flooding during storms. And in cities that manage their infrastructure well, storm water drainage systems are built so that water can be directed to rivers efficiently and quickly.

READ  Senate To Block FIRS, Customs, NBC, Others From Getting Federal Allocations

Lagos has not kept up with its infrastructure needs. The growth and expansion of the city has been largely unregulated. This has resulted in inadequate and poor housing, the development of slum areas and inadequate water supply and waste disposal, among other problems.

What’s complicated the situation for Lagos is that many parts of the city were originally low-lying mangrove swamps and wetlands, which have been reclaimed and settled, mostly by poorer communities and more recently through concerted efforts by the government.

These low-lying areas are particularly at risk of flooding, and the situation is complicated by buildings being constructed on water ways, and bad waste dumping habits which block the drains. Research has shown that up to 70% of the populations of Lagos live in slums.

Following the alert raised by the Lagos State Government on the rise of sea water level resulting from the inability of the lagoon to discharge water into the ocean, the government has said that it is on top of the matter.

According to the Commissioner for Environment and Water Resources, Mr. Tunji Bello, the officials of the State are also working on different measures to remove the constriction and blockades that would allow easy passage for the resultant flooding.

He said the state government is also in talks with the officials of the Ogun and Osun River Basin Authority which is releasing water to do so gradually.

He explained that the rise in sea level has contributed to current flooding in many parts of Ikoyi, V.I, Dolphin and Oworoshoki because the lagoon cannot discharge and is causing back flow into drainage outlets.

He said the officials of the Drainage Department had expected it to go down by evening but from the look of things now, it may last throughout the weekend.

Similarly, the Commissioner said the Ogun-Oshun River Basin Authority can no longer hold the Oyan dam, hence has been releasing its water causing a rise in Ogun River and this has affected low line areas like Isheri North and Magodo and up to Owode Onirin.

Bello said until the ocean level goes down, the lagoon cannot discharge water into the ocean and causing back flow into all the drainage outlets in the State.