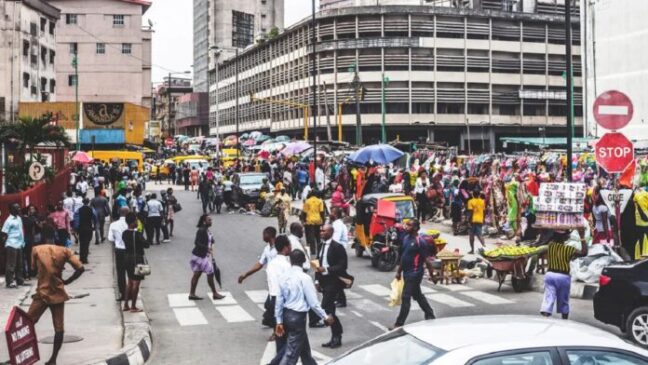 With a relatively high yet growing debt profile, Lagos State has been noted to be contributing 25% to national gross domestic product (GDP), GCR Ratings said in a note on Wednesday, following recent upgrades to the cosmopolitan city ratings.

The national scale long and short-term issuer ratings of the state that houses some of the nation’s critical infrastructure were upgraded to AA-(NG) and A1+(NG) respectively, according to the rating note which indicates that the state government program 3 series 2 with two tranches, as well as series three and four senior unsecured bond issuance were also upgraded to AA- each.

Although the high debt position of the state is negative to the rating, the leverage position is noted to be reduced by strong revenue generation resulting in ratings being accorded as stable.

In the note, GCR said Lagos state rating upgrade is underpinned by its strong revenue generation, with a diversified internal economy that has supported robust growth in internally generated revenue. However, this strength is tempered by its weak leverage metrics due to the persistent rise in debt, GCR added, saying that Lagos State’s strong business profile is a key rating strength.

Lagos state’s well-diversified economy continues to attract more migrants, as evidenced by the growth in population to over 28 million people in 2021 from 26 million in 2020.

“Notwithstanding these strengths, the State’s socio-economic profile is relatively modest, characterized by high poverty and unemployment levels and large informal settlements. The infrastructure deficit remains a bottleneck to economic performance, particularly as the ever-increasing population exceeds the State’s ability to undertake capital expenditure.”

In its report, the emerging market rating agency said nevertheless, Lagos State has a robust project pipeline aimed at expanding the economy and improving the business environment. The rating sees the state’s operating performance as a positive rating factor underpinned by consistent growth in IGR over the review period.

In 2021, Lagos state IGR rose by 22.7% and further by 32.4% in the first half of 2022 on the back of continued improvement in tax collection.  The increase was also supported by higher tax assessment arising from the recent amendment to the Personal Income Tax Act covered under the Finance Act 2020.

GCR noted that while the State’s IGR has maintained a strong upward momentum over the last two years, federal transfers excluding value-added tax are yet to recover from the negative impact of the COVID-19 pandemic. The overall increase in total recurrent income only stood at 17.4% and 26.7% at the end of 2021 and in the first half of 2022 respectively, well below the growth in IGR.

While the rating note observe revenue growth, it also spotted that the state operating costs increased significantly during the period.  The surge was driven by additional costs incurred towards increased tax collection drive. Nevertheless, a higher operating surplus of N293.8 billion was reported in 2021, an increase when compared with N280.5 billion reported in 2020.

The rating note shows that GCR expects IGR and total recurrent income to grow by 32.4% and 25.7% respectively for the full year of 2022. In addition, it noted that the state’s improved operating efficiencies should contain expenditure progression, which should translate into continued operating surpluses. On the downside, GCR sees Lagos state’s high debt profile as a negative rating factor.

In the first half of 2022, it said the state gross debt printed at N1.3 trillion. Last year, the state has N1.2 trillion in its debt book after it jumped from N1 trillion in 2020. The recent increase was a result of an additional N137.3 billion raised from the debt capital market.

According to the rating note, the impact of the higher debt was tempered by robust revenue, with debt service ratios remaining stable. The structure of Lagos State’s debt and strong access to capital serve to mitigate concerns regarding the overall quantum”, GCR said in the rating note.

It explains that over 50% of debt is obtained on concessional terms from foreign financial institutions and commercial banks, which include long maturities and low-interest rates. In addition, the State’s short-term debt is currently less than 15% of gross debt, GCR Ratings added.

“Lagos State has demonstrated strong access to the Nigerian Capital Market, with over N380bn in long-term bonds raised over the past five years. However, the high foreign currency exposure (41% of the debt) is a major risk, although the State has indicated that it is in negotiations to convert some of these loans to local currency”, according to the rating note.