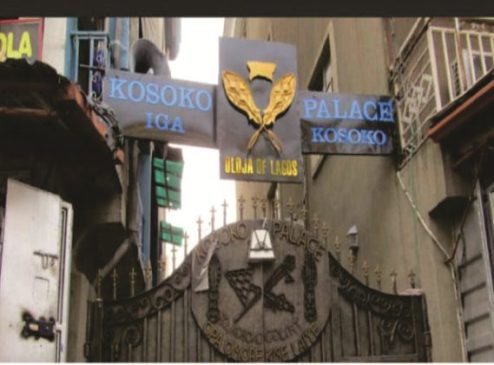 The Kosoko Chieftaincy Family dispute is set to be resolved by the state government.                                  In a statement by the family released yesterday, a copy of which was made available to Waka About Africa, they revealed that an appeal letter has been sent to the governor.

According to the family, who stated that the bone of contention and the instrument of disruption to the progress and unity of the Kosoko Chieftaincy Family has been the defective 1983 Declaration.

The statement also said the concerned members of the Family have written an appeal letter to the State Governor to promulgate a new declaration in furtherance of the Hon. Justice Akin Holloway (rtd.), Tribunal of Inquiry was inaugurated on the 6th of February 2000.

“We were reliably informed that both the High Court (ID/105/86) and Court of Appeal (CA/L/707/2006) have adjudged the existing 1983 Declaration as incompetent and not valid. The ruling of the courts is in tandem with the recommendation of the Tribunal of Inquiry that stated as follows” the statement said.

“The Tribunal is of the view that the existing Declaration regulating succession to the stool of Oloja of Lagos should not be accepted as being valid and that it should be amended to facilitate general acceptability by members of the chieftaincy family”.

Here is the government’s response thus:

We were also told that some favored members of the family dangling the incompetent 1983 Declaration have invaded the Kosoko Chieftaincy Family Palace under the pretense of the authority of the Olori Ebi of the family and imposed an individual fraudulently acting as Oloja of Lagos Elect.

We were reliably informed that the true position of the Kosoko Chieftaincy Family concerning the contestation to the vacant stool of Oloja of Lagos is that, they presently have three contestants namely:

It was further reiterated that the public at large should be wary of anybody posing fraudulently as Oloja Elect and should not go into any contractual dealings with such a person, as such dealing is obviously a misrepresentation and void.

We were told that the Kosoko Chieftaincy Family is desirous of the Lagos State Governor’s promulgation of a valid and competent Declaration in other for peace to reign in the family.

The king kosoko royal family is not an organization but a reputable Royal / Chieftaincy family in Lagos State and three other West African countries.