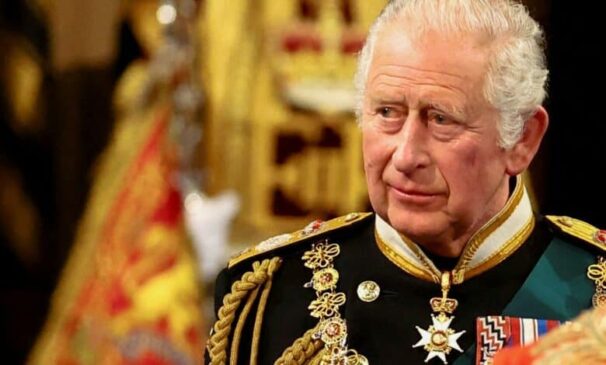 It is the role he has been destined to fulfill all his life and one that he has waited to occupy longer than any other heir in British history.

Now, following the death of the Queen at the age of 96, the Prince of Wales has become King Charles III. Camilla has become the Queen Consort and William and Kate will now be known as the Duke and Duchess of Cornwall and Cambridge.

For many years there was speculation that he would never be sovereign at all. Compared to his mother, who commanded immense respect and loyalty during her 70-year-long reign, Charles has rarely enjoyed universal popularity.

Royal officials always maintained the normal rules of succession would apply, and indeed, the coronation of Charles as king will take place imminently. But what will this mean for the British monarchy?

Charles Philip Arthur George was born on 14 November 1948 at Buckingham Palace. He was only three when his mother acceded the throne as Queen Elizabeth II in 1952.

As a child, he was sickly and by far the most sensitive of the four royal children in many ways the least suited to the role of monarch.

Asked years later about the time he first realized he would be king one day, he said that there had been no sudden moment of revelation, just a slow “ghastly, inexorable” dawning.

His relationship with his father the Duke of Edinburgh was said to be “difficult” while his mother was often preoccupied with her royal duties.

Charles complained later that he had been “starved” of parental affection. He was closest to his grandmother, the Queen Mother, who gave him hugs, took him to the ballet, and, as he later recalled “taught me how to look at things”.

Aged 13, he was sent to his father’s old boarding school Gordonstoun, in Scotland, but hated it. He once described it as a “prison sentence” and “Colditz in kilts”.

He left with six O-levels and two A-levels, yet went to Trinity College at Cambridge University to study anthropology, archaeology and history.

During his second year, he also spent some time at University College Wales in Aberystwyth, where he was taught the Welsh language ahead of his investiture as Prince of Wales.

Charles had been created Prince of Wales aged nine in 1958 but was officially invested at Caernarfon Castle in north Wales on 1 July 1969.

The investiture was held amid concerns about the increased visibility of the Royal Family on the TV, discussion about their relevance of them in a modern age, and a surge in Welsh nationalist sentiment.

Broadcast live on TV, it was watched by 19 million people around the UK and more than 500 million abroad.

Charles began training as a jet pilot in the RAF in 1971 then enrolled at Dartmouth naval college, before serving on a number of Royal Navy ships and training as a helicopter pilot.

It was around this time that he started dating Camilla Shand, now the Duchess of Cornwall, but marriage to her was out of the question at the time.

According to historian Walter Bedell Smith, Camilla’s dating history was a strike against her because the future king needed to marry someone “who at least appeared virginal”.

Charles’s entry into the navy put the brakes on their relationship, and Camilla married Andrew Parker Bowles, her longer-term on-and-off boyfriend in 1973.

A “more suitable” match was engineered between Charles and Lady Diana Spencer, whom his uncle Lord Mountbatten called a “sweet charactered girl”.

Charles was said to feel pressure from his father into proposing after only six months and the couple’s engagement was announced in February 1981. Charles was 31 and Diana only 19.

In their engagement interview, when asked if they were in love, his now infamous reply “Whatever ‘in love means” was to set the tone of the marriage.

He is said to have wept on the eve of their wedding in July 1981.

Their son and heir, Prince William, was born less than a year later followed by Prince Harry in September 1984.

But even by this point, the royal marriage was difficult.

In a letter to a friend, Charles wrote: “How could I have got it so wrong?”

In 1986, Charles rekindled his romance with Camilla, admitting later that his marriage had “irretrievably broken down”.

Diana, who also took lovers, later told Martin Bashir during the now controversial BBC Panorama interview in 1995: “There were three of us in this marriage, so it was a bit crowded.”

After the publication of Andrew Morton’s book Diana: Her True Story in 1992, there could be no doubt that the marriage between Charles and Diana was over.

The couple’s separation was announced in December that year and their divorce was finalized in August 1996.

Charles’ reputation was severely damaged. He was portrayed as a bad father and blamed for Diana’s torment. It is a perception he has struggled to shake off.

When she was killed in a car accident in Paris in August 1997, he seemed all too aware of how the nation would react. When he heard the news he is said to have turned to his courtiers and said: “They’re all going to blame me, aren’t they?”

However happier times were to follow. Camilla, now the Queen Consort, holds a place in his heart which he has always said is “non-negotiable”.

They married in a civil ceremony in April 2005 at the Guildhall, Windsor. Their approval ratings had improved as the public realised their love for each other.

Even the Queen acknowledged their happiness, saying in speech after the wedding using the language of her beloved horse world: “My son is home and dry with the woman he loves. They have been over difficult jumps Bechers Brook and The Chair and all kinds of other terrible obstacles. And now they’re in the winners’ enclosure.”

In early 2022, the Queen expressed her sincere wish that Camilla be known as “Queen consort” when Charles became king.

Charles became the longest-serving heir apparent at 59 years, two months and 13 days – a record previously set by his great-great-grandfather, King Edward VII in 2013, at the age of 65.

Now at the age of 73, he becomes the oldest king in nearly 200 years the previous record-holder William IV was nearly 65 when he became king in 1830.

“He gets a hard time because his marriage failed,” she says. “He’s never been forgiven for that – because Diana blamed him and he never said a word.

“He’s never explained what went on in his marriage. His view has always been that history will judge him.”

As heir, Charles always lived in the shadow of his mother, the Queen, whose well-known mantra is “never complain, never explain”. In contrast, he has exasperated some by seemingly using his status to influence government decisions.

In 1987 alone, he sent more than 1,000 letters — nicknamed the ‘Spider memos’ thanks to Charles’ scrawled handwriting — to recipients including cabinet ministers.

Both Margaret Thatcher and Tony Blair had occasion to complain about his interference in the legislative process during their respective tenures as prime ministers.

Charles admitted that he sometimes felt “swamped with vilification and abuse”. Yet the letters also showed he is also charming and he often refers to himself as someone with ‘old-fashioned views.

However, the crucial question is whether he is able to keep these views to himself. During a documentary about his 70th birthday in 2018, Charles said he wouldn’t “meddle” when he became king.

He said: “But I always wonder what meddling is, I mean I always thought it was motivating but I’ve always been intrigued if it’s meddling to worry about the inner cities as I did 40 years ago and what was happening or not happening there.

“The conditions in which people were living. If that’s meddling I’m very proud of it.”

His Prince’s Trust charity has supported thousands of disadvantaged young people across the UK since Charles set it up in 1976. He has also raised awareness about climate change and plastic pollution.

He certainly seems intent on being a hard-working monarch. Over the last few years, as the Queen reduced her official engagements, Charles took on more of her duties.

In 2022, he presided over the opening of parliament and read out the Queen’s Speech, which lays out the government’s legislative program.

He sat not on the sovereign’s throne but on the consort’s throne, which used to be taken by the Duke of Edinburgh. William and Camilla sat on either side, in the chair of state.

A space remained next to him, where the Queen’s missing throne is usually located, under the opulent canopy, with the monarch’s Imperial State Crown in front on a velvet cushion.

Alongside Princess Anne and Prince William, he also took the Trooping the Colour salute on behalf of the Queen on the first day of the Platinum Jubilee celebrations.

During the coronavirus pandemic, despite catching the disease himself, he was never put off his work, spending every day of his isolation at his desk.

And he appeared on video messages frequently, sending support from his homes to the charities he would usually be visiting in person.

His role took on a new dimension in April 2021, when his father Prince Philip died, leaving him in more of a head of the family position.

The Royal Family was unable to mourn the Duke of Edinburgh in the traditional ceremonial manner due to the ongoing coronavirus pandemic.

Charles led the procession behind the Duke of Edinburgh’s coffin, shared thanks with the public for their messages, and showed the emotion of the moment as he cried while viewing flowers at Windsor Castle.

Although his father had been retired for more than four years before his death, there was a shift for the whole family with the loss of its patriarch.

Charles then took himself to his Welsh home for some time alone before he returned to his public duties.

Despite ongoing turmoil in his family due to his son Harry’s revelations about his childhood and his mental health, Charles has remained stoic and silent in public about his private life.

It was revealed that his plans as king will include greater access to the palaces for the public, with the potential for more rooms in the grand homes to be open to visitors for longer periods of the year.

It’s long been speculated that Charles would prefer not to live in Buckingham Palace himself.

For a man who once quipped that, if he so wished, he could “simply go off and spend the rest of my life skiing” it’s clear from his life’s work that his greatest wish is to improve the lives of others.

How this manifests itself during his reign, we will need to wait and see.