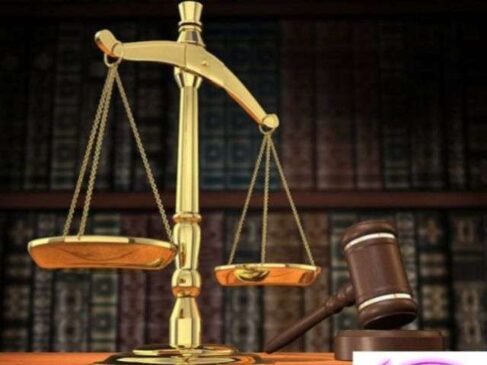 A housewife, Kendra Njoku, has told an Ogba Magistrates’ Court how her husband, Chukwueke Njoku, 38, and his brothers, allegedly beat her up.

She claimed that her brother, who was also around, was brutalized by the men.

The incident happened at the couple’s residence in the Lekki Garden Phase 2 area of Lagos State.

The complainant reported a case of domestic violence to the Lagos State Domestic and Sexual Violence Response Team on November 12, 2018.

Njoku was arraigned before Magistrate T.R.A. Oladele on one count of assault.

The charge read, “That you, Chukwueke Njoku, and others at large, on November 11, 2018, around 11 pm at Unit 2 G147, Road, 7 Lekki Garden Phase 2, Ajah, Lagos, in Lagos Magisterial District, did unlawfully assault your wife, Kendra Njoku, and your brother-in-law, Chiemeziem Nwogu, by dragging and beating them with fist blows.”

The prosecutor, Nosa Godson, said the offense was punishable under Section 170(a) (b) of the Criminal Law of Lagos State of Nigeria 2015.

The defendant pleaded not guilty.

On Thursday, Godson led the first witness, Oreofe Olayemi, an official of the DSVRT, in evidence.

Olayemi stated that the complainant came to the agency’s office with bruises allegedly inflicted on her by her husband and his two brothers.

“The matter was escalated to the Commissioner of Police, who referred it to the officer in charge of the gender desk,” she added.

The defense counsel, Oluwatosin Omigie, queried the competence of the witness, saying the petition sent to the police commissioner was not signed by any of the parties to the case.

Godson, however, said it was admissible since it was signed by the Executive Secretary of the DSVRT, Lola Vivour-Adeniyi.

He stated that Olayemi was competent as an official of the agency.

The magistrate stated that the rule that the author of a document had to tender it was not absolute. She then admitted the petition as an exhibit.

The prosecutor also led the victim, Kendra, in evidence.

Kendra stated, “I was in the bedroom with my children on the bed with a long shirt on and nothing underneath. All of a sudden, the defendant barged in and started beating me, while his two brothers joined him to beat me.

“My husband’s elder brother removed the wrapper that was covering me. Upon seeing my nakedness, he started beating me the more, as though he got angrier. The nanny had to throw a trouser at me to put on because I was bare from my waist downwards.”

She added that the siblings went to drag her brother, Nwogu, and beat him up as well.

The case was adjourned till August 12, 2022, for further hearing.