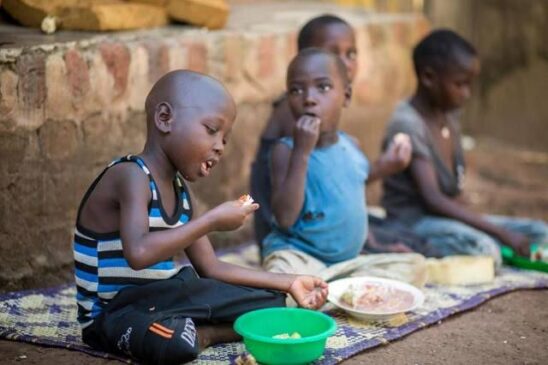 Some journalists reporting developments in the nutrition sector have called on governments at all levels to increase investments in the sector. Doing this, they say, is critical to curbing the scourge of malnutrition in the country.

The journalists made the call in a communique issued at the end of a three-day training on nutrition reportage in Abuja, organized by Civil Society-Scaling Up Nutrition in Nigeria (CS-SUNN).

The journalists, who described inadequate funding as one of the ‘major drivers of malnutrition, said that improved investments in the sector would help win the war against malnutrition.

The media practitioners also advised the three tiers of government to ”move from the emergency and highly capital-intensive treatment of malnutrition to preventive measures”.

They said: ”As partners, the media have critical roles to play in addressing the menace of malnutrition across the country by driving discussions on nutrition issues.

”The low attention given to nutrition issues in media platforms and agreed to contribute their quota in changing the malnutrition indices in the country.

“But for journalists to contribute their quota, there is the need for improved skills in writing compelling and impact-driven nutrition stories.

“Media practitioners should embrace a paradigm shift from event-based reporting to solutions journalism in the context of scientific nutrition research.

The media practitioners also urged journalists to analyze and report gaps in nutrition funding and track the implementation of nutrition programs to determine progress.

The News Agency of Nigeria (NAN) reports that the training was aimed at improving the understanding of journalists on the impact of malnutrition.

Participants were drawn from various media platforms including television, radio, newspapers and online from Lagos, Nasarawa, Niger, Kaduna and Kano states, including FCT-Abuja.