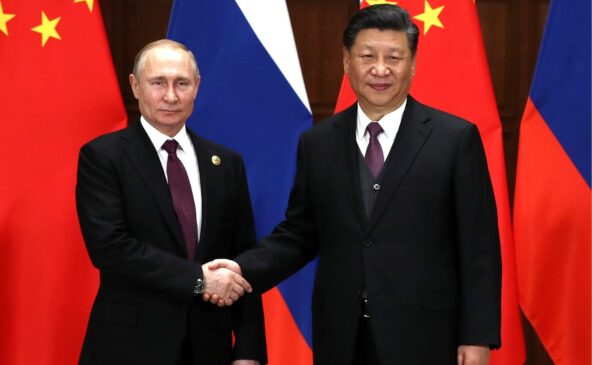 This week’s OPEC meeting could be short but stressful. The world’s largest oil producers will be meeting to discuss their oil export volumes strategy for the coming months again the coming days, especially in light of the ongoing Russian military invasion of Ukraine, EU Commission’s 6th Sanctions Package and China’s ongoing battle against COVID.

All signs are at present on red, as the oil group is not expected to show any inclination to put additional volumes on the market, outside of its still continuing 400K+ additional barrels per day as planned. The market however is screaming about at least 1-2 million bpd of extra, in case of a full-scale EU sanctions regime on Russian oil and gas. If the wizards in Vienna, Austria, are not coming up with a surprise, OPEC’s glory however could now be less shiny. A potential lack of spare production capacity or willingness to increase production will undermine OPEC’s power position in the future.

OPEC production not hitting the mark

In the last few days, reports have shown that OPEC producers have again not been able to hit their own production and export targets. As a Reuters survey indicated, OPEC’s oil output in April undershot the expected increase of production again. Total production even decreased substantially, as production decreases in Libya and Nigeria fully offset supply increases in Saudi Arabia and other members. At present, OPEC is producing around 28.58 million bpd in April, up 40,000 bpd in comparison to March, but 254,000 bpd below expectations. It seems that OPEC members are increasingly struggling to provide the volumes stated in the monthly press releases.

The market also will be putting a very critical eye on the outcome of the OPEC+ meeting, as Russia and several other non-OPEC members are also showing severe production issues. Even though all signs are on green for a continuation of the OPEC+ agreement and strategy, the oil group is hitting several brick walls. The glory and shine of the current endeavor are waning, while criticism in the market is increasing. To keep in place the formerly agreed increase strategy of 400,000 bpd extra every month is not nearly enough to put some meat on the bone.

Since the new agreement is in place, in October 2021, output has been always lagging behind. It becomes increasingly clear that years of underinvestment, combined with mismanagement of resources in several member countries or political instability, are now biting into capacity. Compliance is currently staggeringly high, hitting a 164% level, not based on a need in the market, but mainly pushed up by a lack of production capacity or even availability.

April figures are mainly influenced by the political unrest in Libya, causing several force majeures, taking out 550,000-600,000 bpd of production offline, and Nigeria underproducing by 40,000 bpd. OPEC Kingpin Saudi Arabia is partly keeping to its promises, showing a production increase of 100,000 bpd in April. The UAE increased production by 40,000 bpd, Iraq 80,000 bpd and Kuwait 10,000bpd. All are however not enough to put even a scratch on the bullishness of the global market. Some additional volumes have hit the market too, as Iran exported more crude to China, while Venezuela also has reported higher figures.

At present, the market however needs a large number of additional crudes, even when taking into account the ongoing shutdowns of parts of the Chinese economy. A possible demand destruction scenario is becoming very likely, especially if prices will jump even higher if Brussels is able to convince its EU members to implement the 6th Sanctions Package this week.

Without any relief in sight, an EU agreement will push prices up further, which will put non-European countries such as India, Vietnam and major African importers in a dire situation.  Potential negative effects in demand are expected, even in Europe, but overall to push oil prices below $100 per barrel production needs to increase substantially. The last week’s fundamentals are under pressure, but prices have almost not reacted at all.

US storage levels to push oil price up?

grand-scale lockdowns and logistical nightmares in and around China didn’t have any negative price power at all it seems. Analysts and investors seem to be preoccupied with low oil storage volumes, and a lack of specific petroleum products in the market, especially diesel. The signs for even lower storage volumes are clear, as the USA is exporting ever increased volumes of crudes and products to European clients. At present, analysts expect US storage levels even to slump exponentially, as not only the US driving season is coming, but exports of 3 million bpd of crudes and products are biting into it too.  If Europe decides to fully sanction Russian oil and products, US exports are not even going to be enough to counter the latter.

Still, there could be light at the end of the tunnel. To quell ever-increasing gasoline prices and inflation in the USA, the Federal Reserve is expected to increase interest rates just before the OPEC meeting. Analysts report that the Fed could be raising interest rates by 50-base points, the highest in the last 20 years. How far the latter will have the targeted effects is still unclear, as the main part of US inflation is an overheated job market. The same is partly the case in Europe, so a very prudent interest rate hike is needed not to become a two-sided sword.

Global economies are struggling to keep growth in place. The USA could already be heading towards an official recession. In the last quarter, the US economy already was minus 1.4%. European growth figures will be not as positive as expected too.

No relief is expected as national growth is the primary target

Still, OPEC is not going to be at the mercy of the US or European economic growth figures. The oil group, under the stringent leadership of Saudi Arabia and Abu Dhabi, is not willing to risk any oil price scenarios as during COVID. Negative or plummeting oil prices will be prevented by all means.  If any negative global growth figures are emerging, OPEC is not going to increase production levels but will be more inclined to squeeze production again. Saudi Arabia, and its compatriots in Abu Dhabi, will also not like to risk their current economic growth figures. Both countries have been reaping the rewards lately of their prudent but maybe too cautious oil strategies. Again, the loss of some is the gain for others.