Ngozi Okonjo-Iweala, Nigeria’s candidate for the World Trade Organisation director-general election, says she is in need of volunteers for her campaign.

In an interview with Arise TV, Okonjo-Iweala said some of her friends have been helping with media work pro-bono.

If elected, Okonjo-Iweala would be the first African to occupy the position.

“So far things are going well and I’m grateful for the support of the government and Nigerians. I don’t have any PR firm working for me. I have some friends who are helping with media work pro-bono because I cannot afford to pay them. It would be nice to have some volunteers,” she said.

Her nomination had triggered slight controversy as President Muhammadu Buhari approved her candidature as a replacement for Yonov Frederick Agah, WTO deputy director-general, and Nigeria’s former candidate for the election.

Egypt and the AU’s office of legal counsel had opined that Okonjo-Iweala’s nomination violated the candidature guidelines provided by the AU.

However, the WTO said the former World Bank managing director is eligible to run for the office.

The two-time minister of finance also described WTO’s acceptance of her nomination as a testament of the faulty premise on which opposition calls were made.

Okonjo-Iweala described herself as “the best woman for the job”, saying the WTO needs a fresh pair of eyes to take on its leadership.

She expressed gratitude to the federal government, the ministries of foreign affairs, and trade, among others for their support.

The development economist described WTO as a critical global organization that needs to be reformed in key areas like dispute resolution, adding that its effectiveness will be enhanced if it becomes more inclusive by supporting women, MSMEs, among others.

She has received the endorsement of the Economic Community of West African States (ECOWAS) and seeks to get the support of the African Union (AU). 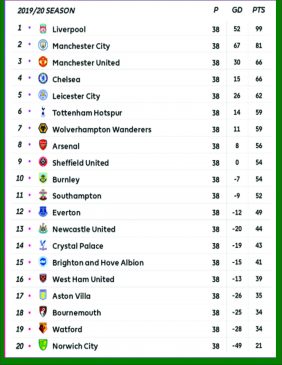