The Rivers State governor, Nyesom Wike has rescued the former acting managing director of the Niger Delta Development Commission, Ms. Joi Nunieh from her house after armed policemen laid siege to her house.

Wike arrived Nunieh’s residence off Herbert Marclay Street, Amada-Flat at about 10:30 this morning following reports that she had been prevented from leaving her house by a team of policemen allegedly on the order of the Inspection General of Police
Munich was scheduled to appear before the House of Representatives ad hoc committee set up to probe malfeasance in the commission.

A visibly angry Wike questioned the policemen on who authorized the siege and when they claimed it was from the IGP, he beckoned on Ms. Nunieh to come out from her house.

The former NDDC boss joined the Rivers State governor in his car to escape the police siege even though she was scheduled to appear before a Senate panel investigating the activities of the NDDC in Abuja on Thursday. 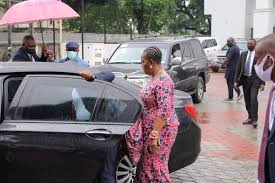 The Senate and House of Representatives in early May 2020 resolved to probe how the Interim Management Committee (IMC) of the NDDC allegedly squandered N40 billion within three months.

The Senate set up an Adhoc committee presided over by Senator Olubunmi Adetunbi (APC, Ekiti North) to look into financial transactions carried out by the IMC on behalf of the commission within the period and present a report in four weeks.

The House Committee on NDDC said it had received several petitions from contractors, stakeholders, and public interest groups regarding the alleged layoff of personnel and their replacement with unqualified and inexperienced persons.

Since the commencement of the probe Akpabio and Nunieh have made series of allegations against each other while the Senate ad hoc panel investigates the management of funds under their watch as interim NDDC chairman and minister in charge of the commission.

Akpabio had told the Senate panel that he knew nothing about the expenditure of the NDDC under Nunieh because she refused to give him briefings.

Recently, Nunieh accused Akpabio of asking her to move some funded projects of the NDDC out of programs the commission they were budgeted for.

She alleged that the minister engineered her removal for failing to follow his illegal orders. She also accused the minister of harassing her sexually which made her slap him.

“Why did he not tell Nigerians that I slapped him in his guest house at Apo? I am the only woman that slapped Akpabio. He thought he could come upon me. He tried to harass me sexually,” she said. 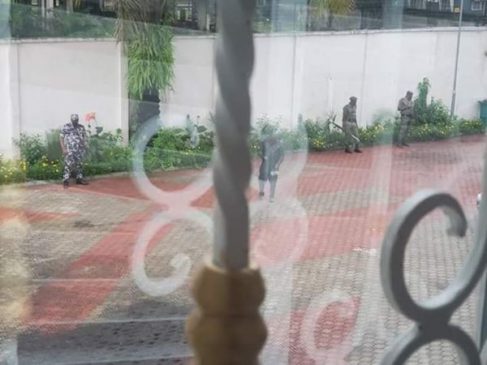 Akpabio, however, refuted the allegations made by Nunieh snd described them as false, malicious, and libelous.

In a statement issued by his Special Adviser on Media, Anietie Ekong, the minister said the interviews Nunieh recently granted and published in some media outfits were campaigns of calumny against his person.

Akpabio said he has taken steps to instruct his lawyers to seek necessary redress in a court of competent jurisdiction on his behalf over the defamatory statements made by Nunieh.

He said he was committed to President Muhammadu Buhari’s mandate to unearth alleged looting and financial misappropriation that had gone on at the NDDC since its inception in 2001 through the forensic audit and will not be deterred or distracted from that goal.