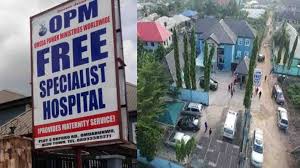 Aluu community in Ikwerre Local Government Area of Rivers State recently imposed levies on a free specialist hospital in the community, forcing the founder of the hospital to close it down barely a year after it became operational.

The General Overseer of the Omega Power Ministries (OPM) Apostle Chibuzor Chinyere, the founder of the hospital said on Saturday that the OPM free specialist hospital will be shut down indefinitely.

Speaking to newsmen at his residence, Apostle Chinyere said ” With a heavy heart, I the General Overseer of Omega Power Ministries, Apostle Chibuzor Chinyere, have decided to close down the free hospital in Aluu community with effect from Sunday 5th July 2020.

“This very hard decision was taken as a result of levies imposed on the hospital by the Aluu community.

“OPM free specialist hospital has saved so many lives free of charge. It will interest the public to know that from registration, antenatal, scan, delivery, drugs, and postnatal services are free. This is a free hospital that does not discriminate”. 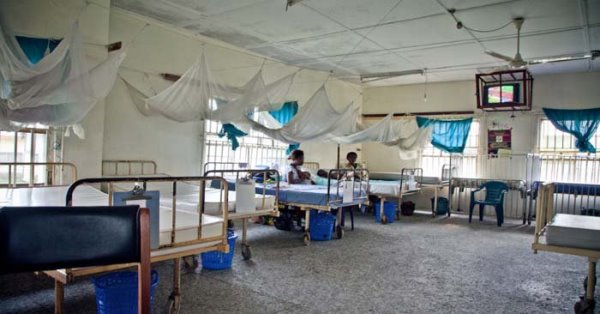 The hospital was opened to the public on the 18th of April 2019 to offer 24 hours services to Nigerians irrespective of their religious affiliation. The services which are free focus mainly on women and children.

The Chief Medical Director, CMD, of the Free Specialists Hospital and a Consultant Radiologist Dr.E.W.OGBOMA had said during the opening of the facility that the hospital is equipped with the best medical professionals and equipment to offer world-class health services to the public.

But Apostle Chinyere explained that he expected the Aluu community where he cited 12 OPM free estates, One free specialist hospital, and one of the biggest free skills acquisition centres in Nigeria to appreciate him but they turned against him with a levy, despite being the number one beneficiaries of those facilities.

The church in a statement to theportcitynews said contrary to insinuations, it does not make any money from all the facilities cited in the Aluu community but rather spends huge sums of money from offering and Tithe to buy drugs, pay workers and buy delivery items in the hospital with its sophisticated equipment.

Specifically, it said the generators in the free hospital are run every day despite the high-cost of diesel.

On whether he has spoken with the leadership of the community, the Apostle said: “I called some of their leaders, they said it is a compulsory levy, so I don’t have any choice than to shut it down”

“I feel sad for those pregnant women who have been using the hospital. I urge them to look for another hospital”

He added, “Once we get a new location that is more friendly, we will come and relocate our equipment. All patients have been advised to stop coming to the hospital”.