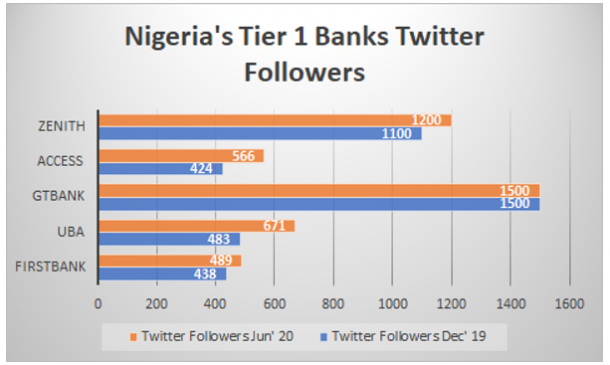 Apart from banks Customers’ Service hotlines where you can reach your bank 24 hours a day to make your complaint and get your banking issues resolved. Online charts directly on bank websites are another avenue Nigerian banks have perfected as a means of assisting their customers to provide resolutions to their banking challenges.

Twitter has suddenly become an interesting avenue for bank customers to get instant responses to inquiries and compliant from their banks. The reason for an instant response from banks to inquiries and complaints on Twitter may not be farfetched, Hashtags and tagging relevant regulatory authorities and the fact that every Twitter followers can see such complaints could enough reasons to ensure quick response and resolution to complaints and inquiries.

Apart from complaints and inquiries, Twitter and other Social Media platforms also provide avenues for banks to advertise their services to followers and the public. From videos and image adverts of products to motivational and encouraging engagements and talks, to quizzes and contests with prices for customers. Twitter gives banks opportunities to engage with their customers. resolve their issues and complaints, advertise their products and services, and lots more.

Twitter followers for some banks have continued to grow with hyped activities while followers have dropped for some other banks between December 2019 and June 2020. Just like we did for Facebook likes for Nigerian Banks the previous week. Here is a review of Twitter followers for Nigerian Banks categorized into 3: 1 are the tier 1 banks, 2 are the tiers 2 banks, and category 3 are the new banks. 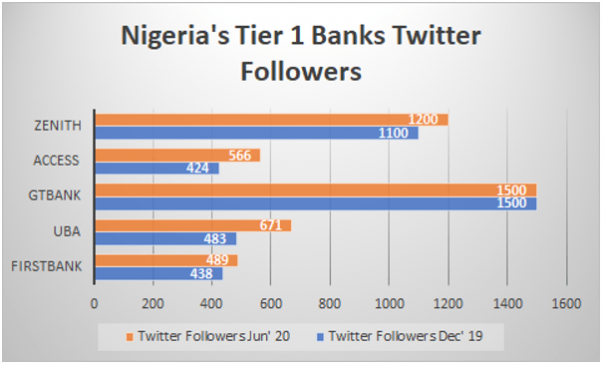 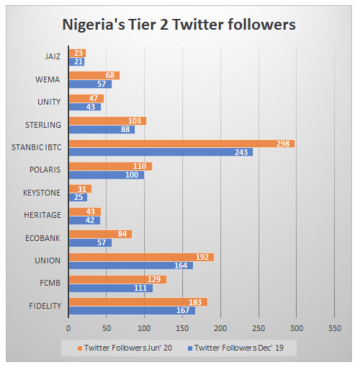 For Nigerian Tier 2 banks, Stanbic IBTC maintains its lead as the bank with the highest number of Twitter followers, the was also able to add 55,000 followers to its 243,000 followers as of December 2019.

Keystone Bank and Jaiz Bank are at the bottom of tier 2 banks Twitter followers. 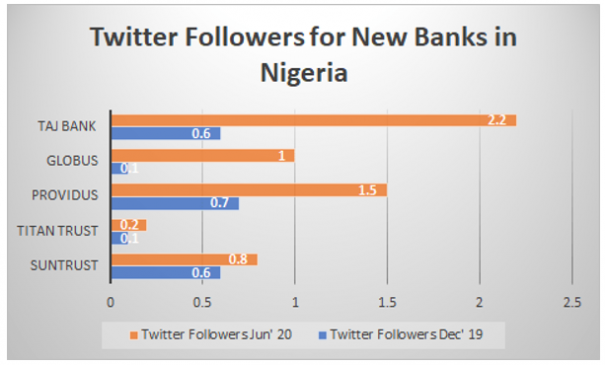 Taj bank, Nigeria’s second Non-Interest bank, and Providus bank have and impressive growth in Twitter followers with 1.6 million and 800,000 followers respectively in 6 months ending June 2020 among new banks in Nigeria.