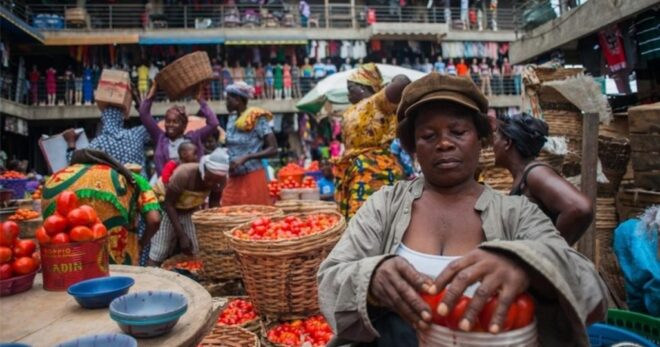 The cost-of-living crisis had rocked Africa’s prosperous countries before Russia invaded Ukraine. Now, many businesses and households are being squeezed even harder to make ends meet.

With the region’s currencies weakening against the dollar and central banks pushing rates up, the people of Africa face a cost of living crisis. Here is a look at the recent developments in key markets across the continent.

Rwanda – food prices have risen by 29%

Although African economies are slowly recovering from the pandemic, South Africa’s economy is still battling with the negative impact of the COVID-19 pandemic, which led to job losses of about 2 million. A recent survey from Debt Rescue found that South Africans have been facing record high food and fuel prices throughout this year. The survey noted that as a result of the high inflationary market, as many as 81% of respondents are cutting down on daily meals as they can no longer afford them.

The latest consumer price information shared by Stats S.A. also confirms the year-on-year increases in transport costs (up by 25% vs 20%); food and non-alcoholic beverages (9.70% vs 8.60%); housing and utilities (4% vs 5.10%) as well as miscellaneous goods and services (3.60% vs 4%) are the main contributors to the cost-of-living crisis. South Africa’s recovery has reportedly been sluggish compared to other African nations.

Nigeria, the largest economy in Africa, is one of the countries with a significant uptick in its cost of living due to high inflationary pressure. According to the latest data report by the National Bureau of Statistics, Nigeria’s inflation rate climbed to a 17-year high in July, fueled by bread, cereal, gas and transport costs. The last time Nigeria’s inflation was above 19.64% was in September 2005, when it rose to 24.32%. On a year-to-date basis, the inflation rate in the West African nation has increased by over 400 basis points from 15.63% recorded in December 2021 to 19.64% in the review month.

According to Bloomberg, persistent security issues in the country’s food-producing regions, high diesel costs and continued currency weakness are likely to place upward pressure on prices in the coming months.

According to the report, Kenyans endured the sharpest rise in the cost of living in more than five years in August, amid a failed maize flour subsidy, rising fuel costs and a weakening shilling.

Meanwhile, inflation climbed to a 62-month high of 8.5 percent from 8.3 percent the prior month. The shilling has also come under sustained pressure from increased dollar demand from importers, especially oil and merchandise traders, amid speculation of further decline.

Overall, the price of goods such as crude oil, food, machinery and cars have increased in the wake of the shilling weakening by 6.1 percent since the start of the year, compared to a 0.5 percent depreciation in a similar period in 2021.

Ghana’s inflation has hit nearly 35% — the highest in the last two decades — as prices of food and other goods are rising daily, worsening living conditions for ordinary consumers.

According to Bloomberg, the Ghanaian cedi has depreciated by 30% against the U.S. dollar year-to-date, indicating the second-worst performing currency in the world after the Sri Lankan Rupee. Consumers and business owners say they are forced to close shop as the local currency continues to lose its value against the U.S. dollar.

“The Cedi fell 1.6% on Tuesday, August 16, extending this year’s slump to 35% and making it the world’s worst performer among 150 currencies tracked, after bankrupt Sri Lanka’s rupee,” Bloomberg indicated.