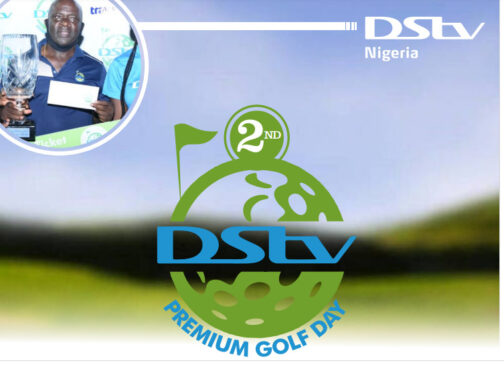 Ahead of the second edition of the DStv Premium Golf Day, golfers from golf clubs across the country have been registering for the event in large numbers. The event, which debuted two years ago, will be held at the Ikeja Golf Club, Lagos, on Saturday, and is also supported by soft drinks bottling giant, Pepsi.
Fly kite Production, organizers of the event, in a statement issued on Tuesday, noted that interest in the event has exceeded expectations, attracting about 600 registrants, who will battle for the three bumper prizes to be awarded for stellar performances.
The first prize is a business class flight ticket to Dubai for a weekend a five-star hotel stay, with the second being a business class ticket to Kigali, Rwanda, for a weekend stay at a five-star hotel. The third prize is a weekend five-star hotel stay in Lagos.

One hundred golfers will be selected for participation from about 600 registrants for the event, which will be played with only four clubs and a putter with winners emerging via a stroke play format.
At the maiden edition, Dr. Ogunbiyi Ogunbanjo of Ikeja Golf Club, Messrs. Remi Olukoya and Rasheed Adebisi won the first, second and third prizes respectively.
Chairman, 2nd DStv Premium Golf Day Organising Committee, Akin Areola, commended DStv and Pepsi for their support for the event. Areola stated that their gesture is indicative of their commitment to the growth of golf, sports as well a healthy lifestyle in the country. He called on other corporate bodies to take a leaf out of the books of the two corporate organizations.

Tope Osunkeye, Head of Marketing, MultiChoice, whose DStv platform is the headline sponsor, explained that the DStv Premium Golf Day will deepen the company’s relationship with DStv Premium subscribers and golf buffs.
“We understand that golf tournaments provide an enormous thrill for our DStv Premium subscribers through some of the most important games. It is the reason we are providing this sponsorship support,” he said.