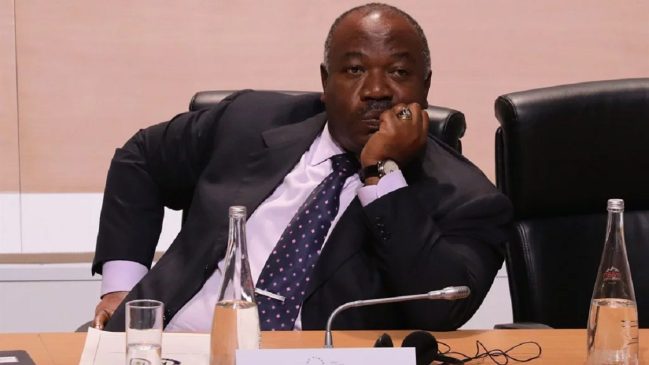 From 78.3% in 2020, Moody’s has estimated that Gabon will see its debt to gross domestic product (GDP) at 54% in 2023, affirming Caa1 long-term issuer and foreign-currency senior unsecured debt ratings with a stable outlook.

According to the rating note, the primary driver of the affirmation of the Caa1 reflects Gabon’s institutional and governance challenges – including weak public financial management – and the vulnerability of the liquidity and fiscal position to movements in oil prices.

Arrears to external creditors have recurred, the rating note stated, despite a more favourable liquidity environment against a backdrop of higher oil prices as well as the support provided by the IMF Extended Fund Facility agreement reached in July 2021.

Moody’s said this speaks to continuing issues relating to Gabon’s debt and treasury management, which despite ongoing government efforts are expected to persist.

The vulnerability of Gabon’s liquidity and fiscal position to movements in oil prices notwithstanding, the stable outlook recognises the current IMF programme is supporting efforts to improve Gabon’s very weak governance and the government’s liquidity profile.

Moreover, the refinancing risks previously presented by principal payments coming due over 2022-24 have been reduced, with the next large Eurobond maturity due in 2025. It noted that membership of the CFA franc monetary union also continues to contribute to macroeconomic stability.

This mitigates the risks associated with Gabon’s institutional and governance challenges and political risk for locally domiciled entities and transactions. The foreign currency ceiling maintains a two-notch gap to the local currency ceiling to reflect relatively limited transfer and convertibility risks.

There were due to the French Treasury guarantee of the peg between the CFA franc and the euro, notwithstanding Gabon’s weak policy effectiveness. Gabon’s track record of arrears accumulation through oil price cycles remains persistent, according to Moody’s latest rating note on the country.

It said despite the authorities periodically clearing external arrears to comply with IMF programme requirements, new external arrears have recurred throughout 2021 and 2022, even in a supportive liquidity environment offered by higher oil prices, as well as the anchoring and monitoring provided by the IMF Extended Fund Facility.

“This suggests that the improvements to public finance management and broader governance made under the previous IMF programme in 2017-20, and that remain a focus of reform under the current arrangement, are still too modest to prevent the accumulation of new arrears on debt service over a prolonged period, and would be challenged by any renewed material increase in liquidity stress as observed during the pandemic”.

Moody’s said the government also retains a sizeable stock of arrears to domestic goods and services providers, although some progress is underway on that front.

The authorities aim to clear by 2025 the stock of audited and validated domestic arrears (the so-called Moratorium debt, which amounted to CFA442 billion or 5% of GDP at the end of 2020, with some clearance already underway since) under an IMF-supported plan adopted in December 2021.

However, other domestic arrears remain outstanding and have yet to be fully identified, including salary arrears and arrears with some public entities, the rating note added. The pandemic triggered a material increase in Gabon’s debt burden, which reached 78.3% of GDP in 2020 from close to 60% in 2019, and more than 400% of government revenue.

However, Moody’s expects higher oil prices to drive an improvement in the fiscal balance and a continued decline in the debt ratio this year and next, notwithstanding budgetary pressures stemming from higher spending on fuel subsidies.

Moody projects the debt burden to decline to around 54% of GDP by the end of 2023, supported by primary budget surpluses and moderate but sustained economic growth of around 3%.

Debt affordability, as measured by the ratio of interest payments to government revenue, will remain moderate at around 15% projected for 2022.

It stated that the stable outlook balances recurrent liquidity risks and weak treasury management against limited insolvency risks because of a stronger fiscal position, and relatively affordable debt costs.

Moody expects that the ongoing IMF programme will act as a fiscal policy anchor and, over time, support efforts to improve Gabon’s very weak governance. Government liquidity risks will also remain more contained in the near term, reflecting reduced gross borrowing requirements until 2025 as a result of the improvement in Gabon’s fiscal situation and contained amortization payments, the rating firm said.

Gabon raised $800 million in November 2021 through a 10-year Eurobond covering the buyback of a large part of its outstanding Eurobond maturing in 2024. As a result, the refinancing risks previously presented by principal payments coming due over 2022-24 have been reduced, according to the rating note.

However, Moody’s noted that the $700 million Eurobond repayment scheduled in 2025 will lead to a renewed spike in gross financing needs that year, and would coincide with a period of lower oil prices under Moody’s current medium-term assumptions.