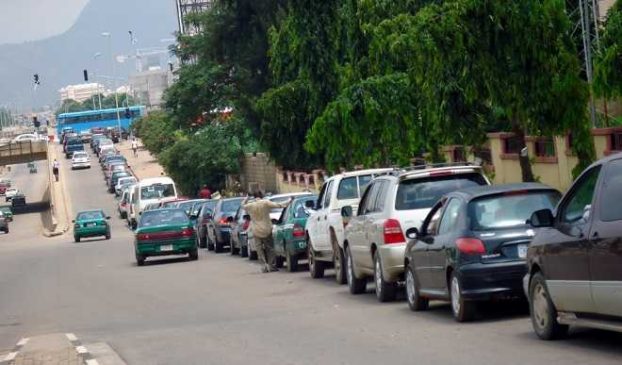 The fear that school children living far from their schools may not do well in their current first term is rife. This is because their parents’ economies are badly stretched by the lingering fuel scarcity and its attendant high cost of transportation.

To cushion its effects, many parents have resorted to allowing their wards to attend schools only twice or, at most, thrice a week.

Even on those days, the kids end up late to school because a good number of the buses are parked away in long queues at filling stations, and the few that manage to ply the routes are not enough to convey the number of commuters plying their routes.

As a result, students end up trekking long distances, or those lucky to catch a bus sit two or three on each other to beat the usually exorbitant fares.

By the time they get to school in those conditions, the zeal to learn is gone and the attention required to assimilate has vanished.

Now teachers are getting worried that parents are grieving and students are gnashing their teeth.

Nigerians have experienced several periods of fuel scarcity in 2022 alone, over flimsy excuses.

Between February and March 2022, Nigerians experienced fuel scarcity as a result of the importation of contaminated fuel which was later taken off the market.

In June 2022, many fuel stations in Lagos and Abuja shut down operations claiming that they could not keep selling Premium Motor Spirit, otherwise known as petrol, at N165 per litre.

In October, there was fuel scarcity in Abuja and surrounding states and the Nigerian Midstream and Downstream Petroleum Regulatory Authority, NMDPRA, explained that the situation was due to the inability of fuel trucks to have access to Lokoja roads due to flooding. The regulatory body said the roads were flooded.

In November 2022, another fuel scarcity sprung and the Nigerian National Petroleum Company, NNPC, Limited blamed it on some road projects going on in Lagos.

But what cannot be excused is the hardship these conditions have subjected innocent children who are ordinarily vulnerable in these perilous days.

Mrs. Oluchi Agbasi, a secondary school teacher in one of Lagos public schools said: “The fuel scarcity has made many students whose homes are far from school go absent from school. Even those who manage to come, unfortunately, get to the school very late, sometimes after the first two periods.

“Now we are wrapping up the term’s activities. They are having mock tests and other school work before commencing the examination next week.

“When I went through my register, I discovered that some of the students have been absent for close to three weeks in total this term and the term has not ended.

“It will even surprise you that when you call their parents, you find out it was actually their decision to keep the wards absent from school on a number of days, just because they could not able to afford the huge transportation for the whole week.

“I just pray this situation is addressed before the commencement of the examination next week.”

On her part, Mrs. Grace  Oworu, a primary school teacher, said that she had noticed pupils’ absence from school since the third term and the issue of fuel scarcity has increased the number of absenteeism and lateness to school.

Apart from the fuel scarcity, she noted that most parents due to low income amidst rising prices have resorted to the unfortunate decision.

“During the open day, this first term, I noticed that the rate at which some pupils were absent from school was high.

“When I  asked their parents why, many, especially the single mothers and widows whose living standards are affected by the state of the economy, complained of inability to afford transportation fare for a week and still feed well.

“Knowing that there are other children in the house they have to alternate their days of going to school,” Oworu said.

On his part, Mr. Sadiq Bolarinde, a guide and counselor in a private school in Lagos noted that the stress experienced by children in such situations affects their mental health.

“When a child does not complete the syllabus or misses some lectures which make him or her grapple to keep pace with others, it affects his or her mental health.

“This is just as the continuous stress encountered on the road, trekking, results in tiredness. That is why you see some of them sleeping in the classroom while classes are going on.”

On her part, Mrs. Queen Omotsefunmi, a senior secondary school teacher noted that some parents had to withdraw their wards from their present school to the ones near their homes to reduce the cost of transportation.