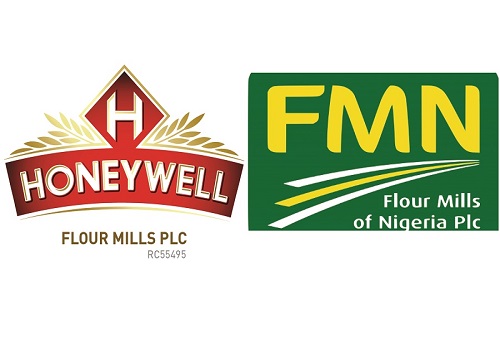 Flour Mills of Nigeria (FMN) announced that it had obtained all the necessary regulatory approvals to acquire a 71.69% stake in Honeywell Flour Mills (HFMP). The manufacturer also received approval to acquire another 5.06% stake in HFMP from First Bank.

Flour Mills of Nigeria (FMN) has announced that it has obtained all the necessary regulatory approvals to acquire a 71.69% stake in Honeywell Flour Mills (HFMP) and another 5.06% stake in HFMP held by First Bank. The firm stated that it can “confirm the transaction has now been consummated by the parties.”

This new information is contained in a notification dated Friday, April 29, 2022, signed by Joseph Umolu, Flour Mill’s Company Secretary/Director of Legal Services, and sent to the Nigeria Exchange Group.

The press release stated that the acquisition has been approved by all relevant regulators, namely the Federal Competition and Consumer Protection Commission (FCCPC), Nigerian Exchange Limited (NGX), and the Securities and Exchange Commission of Nigeria (SEC).

Flour Mills will be paying N4.2 per share for the 71.69% stake in the Honeywell which translates to a 13.5% premium to the N3.7 closing price reported on Friday on the Nigerian Exchange.

The acquisition of the majority stake by FMN was first announced last November, stating that the proposed transaction will combine two businesses with shared goals and create a more ”resilient national champion” in the Nigerian foods industry, ensuring long-term job creation and preservation.

Sources with knowledge of the transaction informed our reporter that the deal had been awaiting regulatory approval. According to FMN’s management, the acquisition of HFMP is in line with the company’s 5-year plan, which includes organic and inorganic growth.

They also mentioned that the acquisition supports FMN’s drive to expand into the B2C space, where they see better profitability.

The announcement stated that the acquisition will, “bring together two businesses with shared goals to create a more resilient national champion in the Nigerian foods industry.”

Importantly, the press release by FMN also noted that “Given FMN’s parallel negotiation for both stakes (in HFMP and First Bank), culminating in the agreements being executed, the transaction was concluded at N4.20 being the final equity price per share.”

The management team explained that the transaction will be done with two Special Purpose Vehicles (SPVs). The first will be an FMN subsidiary which will hold 60% of the acquired stake, while the rest will be held by Excelsior Shipping, one of FMN’s major shareholders.

HMFP is expected to remain as its own entity for now, even after the acquisition is officially concluded. This deal is significant because the new singular entity will benefit from more than 85 years of combined history.

“We are delighted that approvals have been received and we are all set to begin execution of this landmark transaction that would positively impact Nigeria’s food security architecture and overall competitiveness. We commend and thank all regulatory and approving bodies – FCCPC, SEC and NGX, for supporting this historic vision.” He further noted, “Our combined brands and businesses will mean an expansive scale of food production for both Nigeria and Africa. Together, Flour Mills of Nigeria and Honeywell Flour Mills will be able to achieve rapid growth while maintaining high-quality products serving the evolving needs of our consumers. The acquisition will further serve as a catalyst for an even stronger stream of innovation that is focused on local content offerings, enabling our customers across the nation to seamlessly benefit from improved access to a wider product range and a robust pan-Nigerian distribution network.”

Flour Mills of Nigeria Plc’s share price rose 1.9% on Friday to close at N33.65 per share. The share price was N29.25 when the deal was first announced.