Although the ongoing repairs on the Third Mainland Bridge in Lagos are not the first since the bridge was commissioned in 1990, it is about the most comprehensive, given the scope, duration, and possibly the cost to the taxpayer. The cost here refers not only to the amount that would be spent to strengthen the bridge but also the cost in terms of the discomfort to the millions of Nigerians whose movement will be somewhat affected for the six months that the bridge would be closed. This was evident from commuters’ reactions when, on July 6, the Federal Government announced the six-month closure of the bridge to make way for smooth and unhindered fixing of the surface and the joints. 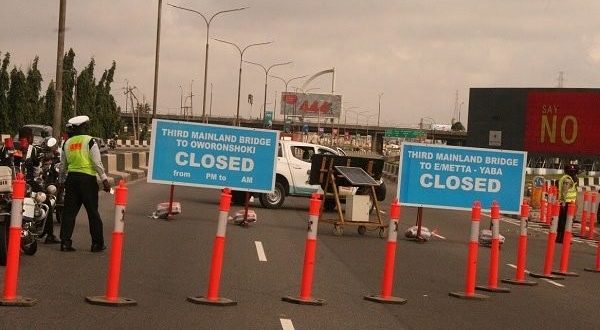 The Federal Controller of Works in Lagos, Mr. Olukayode Popoola, had told the News Agency of Nigeria (NAN) that “We want to do maintenance work on Third Mainland Bridge very soon. Most likely on the 24th (of July), we may close it from the 24th of July.

“We are still working out the modalities and when we perfect the traffic management plan we will move to the site.” He added that

“Everything being expected for the repairs of the bridge has arrived in the country and that is why we want to start the repairs now.”

Before this extensive repairs, remedial works had been done on portions of the 11.8km-long bridge, in 2006, 2012/13, following commuters’ reports that it was vibrating. There had been rumors of cracks on the eight-lane bridge in recent times, which the government denied.

READ  Lagos Assembly Issue A Fresh Summons To Ambode, Gives Another Date To Appear Before It

Third Mainland Bridge is the longest of the three bridges connecting Lagos Island with the mainland. It was the longest bridge in Africa until 1996 when the October 6 Bridge in Cairo was commissioned. Third Mainland Bridge, which starts from Oworonshoki, is linked to the Apapa-Oshodi Expressway and Lagos-Ibadan Expressway and ends at the Adeniji Adele Interchange on Lagos Island. It also connects Herbert Macaulay Way, Yaba. Phase one of the bridge, built by Julius Berger, was commissioned by President Shehu Shagari in 1980 and completed by General Ibrahim Babangida in 1990.

Vehicular traffic on the bridge is high, with between 6,000-9,000 vehicles plying it on weekdays and between 3,000-5,000 on weekends. As an essential part of commuting in Lagos, the bridge requires constant renovation. Unfortunately, it would appear to have suffered neglect due to a lack of regular or inadequate maintenance. This is the bane of public facilities in the country. And it cuts across all sectors, from power supply to schools, hospitals, roads, bridges and even pedestrian bridges. Some of these had collapsed in the past, sometimes with heavy casualties.

> That the authorities have not waited for mishaps occasioned by lack of maintenance to occur on the Third Mainland Bridge before fixing it is still commendable. But we would always vote for routine maintenance that will not stretch commuters thin as a result of avoidable prolonged closure like the current one. That some of the other bridges that could have served as alternative routes are about the same time being renovated compounds commuters’ woes. We have a similar experience with the Lagos-Ibadan Expressway under repairs, as some of the alternative routes such as Lagos-Abeokuta Expressway, the Lagos-Epe axis are either being repaired or reconstructed simultaneously. This sort of experience should never be allowed to recur.

We urge motorists and other road users to cooperate with the security and traffic agencies’ officials that have been strategically deployed on the Third Mainland Bridge to facilitate the smooth flow of traffic and ensure the security of lives and property while the repair work lasts.

Aside from facilitating economic development, the Third Mainland Bridge is a major national icon; it is one of our enduring national legacies that must be preserved for the coming generations.