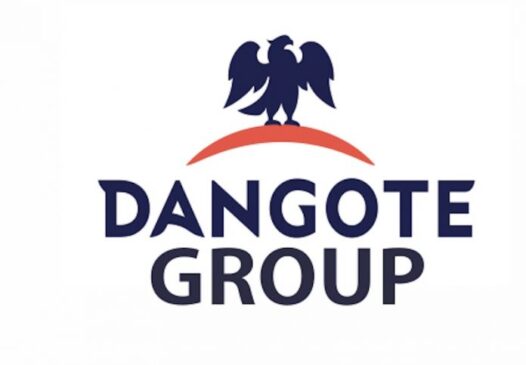 It said the final instrument rating is contingent on the receipt of final documentation conforming to information already reviewed. The rating note said Greenview International Corp has a majority ownership in Dangote Industries Limited as of recent.

DIL is planning to establish a local bond program amounting to USD750 million to partially finance the completion of its refinery and petrochemical plant, according to the rating note.

“DIL is a diversified conglomerate in Nigeria with a leading share in the cement business and a future key operator in the petrochemical industry through its fertilizer and oil refinery business.

“Its strategy is to gradually establish a downstream industry in Nigeria and be the largest urea producer in Nigeria. It also aims to make Nigeria a net exporter of refined petroleum products and petrochemicals by 2026”.

In making a conclusion about the latest ratings, Fitch Ratings considers:

National Scale Rating: DIL is rated on Fitch’s Nigerian National Scale Rating. Its business model, profitability and leverage metrics are commensurate with an ‘AA(nga)’ rating category. DIL generates the majority of its revenue from the domestic market and borrows in both Nigerian naira from local banks and in US dollars from international markets.

Prior-Ranking Debt: DIL has significant secured debt viewed as prior-ranking debt to its prospective new unsecured bond. The future bond will include a standard covenant package for local bond issuance. The documentation includes negative pledges and cross-default provisions. Fitch’s expectations of recovery should result in a Recovery Rating of ‘RR4’, with a bond rating at the same level as DIL’s National long-term rating.

Cement a Major EBITDA Contributor: Dangote Cement (DCP) is a significant contributor to DIL’s consolidated profile. The company is supported by large-scale operations in Nigeria and pan-Africa. In 2020, DCP’s EBITDA contribution to DIL stood at 93% and we forecast the contribution to remain high until 2022 when contributions from the fertilizer business increase.

Strong Cement Growth: The cement business recorded a significant recovery in sales volume due to an increase in prices and demand across DCP’s main markets. Revenues rose 34% year on year in 2021 on growth in Nigeria and pan-Africa, despite volatility in the landing cost of cement and clinker.

EBITDA in 2021 increased by 9% to USD1 billion (24% in local currency). Additionally, the company’s export strategy is expected to ramp up, which could lead to sizeable volume sales.

Gas compressor issues and, as a result, low pressure of the gas supplied to the plant were the main factor behind the delay together with a delay in obtaining regulatory approvals. The gas pressure has recovered in 2022, and management has conservatively assumed utilization rates for respective lines to increase to 55% and 50% in 2022, 65% in 2023 and 82% by 2025.

Moderate Refinery Execution Risk: DIL’s refinery project is still on track to be completed by 2023, and requires an additional USD1.1 billion capital expenditure (capex) in 2022 to be partly funded by the new bond.

Considering the importance of the refinery’s cash flow contribution to the company’s deleveraging capacity, the timely completion of the project is a key driver of our rating, and only limited delays or cost overruns may be tolerated in the current rating.

Deleveraging to Benefit Operational Profile: DIL’s rating reflects its leverage metrics and remaining execution risks. Fitch assumes that once the fertilizer and refinery projects start contributing to EBITDA, their associated cash generation will be directed towards deleveraging.

Limited Financial Flexibility: Funding for the completion of the refinery project is expected to be partly covered by the proceeds of the new bond.

“If the transaction is not successful, or should completion costs overrun or market conditions in the cement or urea sector deteriorate materially, we do not believe that DIL’s existing creditors would have further lending capacity.

“We believe that further asset sales, either in cement or stakes in the projects, would be the more likely options to address funding of the refinery”.

Transformational Projects: The refinery project is expected to sustain strong margins and yield solid cash generation, adding diversification to DIL’s profile and allowing rapid deleveraging. Once operational, we expect this project to contribute around USD1 billion to EBITDA annually when ramped up from 2024.

High Leverage: Fitch analysts estimate funds from operations (FFO) gross leverage to have been high for 2021 at above 7x, up from 4.7x in 2019, due to continuing CAPEX funding for the refinery plant. The rating agency expects DIL to start deleveraging meaningfully from 2023.

Fitch said the Group structure may be further complicated by the Nigerian National Petroleum Corporation’s 20% stake in the refinery Project. Analysts also view the dominance of Aliko Dangote, as CEO and the main shareholder, in operations as an additional risk.

Parent-Subsidiary Linkage: Greenview International Corp (Greenview) has a majority ownership in DIL. Fitch said it views the legal incentives as high based on parental guarantees.

Strategic incentives are also high as DIL contributes to all EBITDA generation, it added while the global rating agency noted that the operational incentive is moderate. As a result, Fitch analysts said they do not notch DIL’s rating from our credit assessment of Greenview.