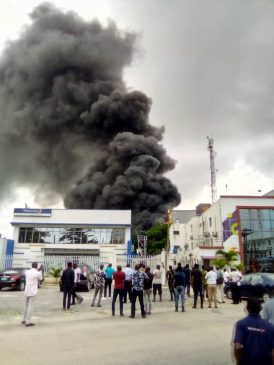 Men of the Lagos State Emergency Management Agency (LASEMA) and firefighters were on the ground to put out the inferno.

There are no casualties recorded as at the time of filling this report.

It was gathered that a part of the bank’s building was gutted by fire after a petrol tanker exploded near it.

The Federal Fire Service confirmed the incident at 10.20 is. “Our men are on the ground, trying to combat the inferno. Thanks for notifying us,” it tweeted via @Fedfireng.