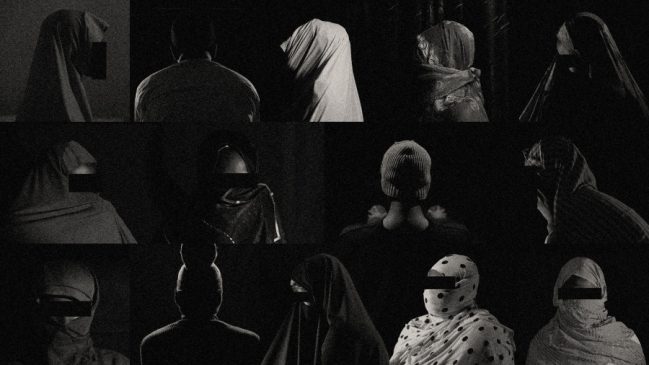 The Nigerian military has run forced abortion programs on over 10,000 women for years according to a report Though, fighting between the government and the insurgent group escalated roughly a decade later as the group began to target aggressively Christians and civilians more.

The Nigerian military has conducted at least 10,000 secrets and often forced abortions on women who were suspected of being impregnated by Boko Haram militants since 2013 as the nation looked to crack down on the insurgency group,

The Nigerian military has been running an illegal, forced mass abortion program since at least 2013 in an effort to combat Islamic terrorism,

You may recall, in 2014, Boko Haram garnered international attention following the abduction of 276 schoolgirls from the northeastern town of Chibok. Dozens of the abducted victims remain unaccounted for and several mass abductions have since occurred.

About four soldiers described to this publication how they were told by their superiors that the abortions were necessary to “destroy insurgent fighters before they could be born.”

It is reviled that the Nigerian soldiers in the northeast region have ended at least 10,000 pregnancies among women and young girls since the beginning of the insurgency, with some of them being as young as 12 years old. Those who resisted the abortions were reportedly “beaten, held at gunpoint or drugged into compliance.”

Speaking to some of the victims, health care workers, and military members, the report detailed a clandestine abortion program that was launched because senior officials reportedly believed infants born to insurgent fathers were “predestined” to “one day take up arms against the Nigerian government.”

According to eyewitness accounts said abortions were typically carried out without the consent of the patient and they were often given no prior knowledge of the procedure.

A civilian health care worker (name withheld) described the program as “sanitizing the society” as women, largely without their consent, were given pills and injections to force abortions after being kidnapped and often raped by members of Boko Haram.

Only one said she had given her consent out of the 33 women interviewed. Meanwhile, soldiers detailed how women would either be separated in the field following rescue operations or later taken in groups to military facilities or civilian hospitals to undergo a required abortion.

Some women who resisted the military’s efforts after learning about the abortion program were forced to endure the procedure by being beaten, caned, tied down, held at gunpoint, or drugged into submission, the investigation found.

The report has it that the majority of the women who underwent these forced abortions had been kidnapped and impregnated by Islamic militants, many belonging to the terrorist organization Boko Haram.

A 24-year-old woman described being clubbed and insulted while being given medication to force an abortion at a military facility in northeast Nigeria in 2018. According to her, she said, “one of the soldiers beat me, saying that it’s a ‘bastard child’ from a Boko Haram pregnancy,’” said during the investigation. “He hit me with a gun.”

A fundamentalist Islamic terrorist group, Boko Haram has been involved in an ongoing war with Nigeria for more than a decade.

The abortion program is allegedly part of a widespread effort by the Nigerian military too thin Boko Haram’s ranks. This is partially due to a common belief within the military that “the children of insurgents are predestined, by the blood in their veins, to one day take up arms against the Nigerian government.” Some of the soldiers told our reporter that the abortion program was needed “to destroy insurgent fighters before they could be born.”

Many women described being completely taken unaware by what was being done to them and were told they were being given medication to improve their health after living in captivity in some instances for more than a year.

The estimated report of about 10,000 abortions since 2013 is an undercount, based on documents it obtained and conversations with eyewitnesses.

Ibrahim’s account was reportedly corroborated by a companion of hers with whom Reuters also spoke. “She was crying, yelling, rolling around, and at long last, she stopped rolling and shouting. She became so weak and traumatized, and then she stopped breathing,” said one woman who went by the name Ibrahim.”They just dug a hole, and they put sand over it and buried her,” she added.

Some of the abortions proved fatal, including for a woman who was believed to be six to seven months pregnant when she was given an injection. While multiple women said they realized what was happening after they began to experience sharp pains in their abdomen accompanied by bleeding.

Nigerian military officials denied the existence of the program when questioned by Reuters, though the publication said it reviewed hospital records, and military lists detailing abortion procedures and spoke with numerous eyewitnesses.

The investigation was unable to confirm how many women died under the program since 2013 or who even was behind the clandestine scheme.

Boko Haram has existed in various forms in northeastern Nigeria since the late 1990s.

Meanwhile, Nigerian officials have denied the existence of the program. Four healthcare workers told the reporters that the scheme was for the good of the women and unborn children whom they argued would face stigma for being associated with Boko Haram. While some of the security officers also told the reporter that they had either witnessed women die during the procedures or later discovered their corpses.