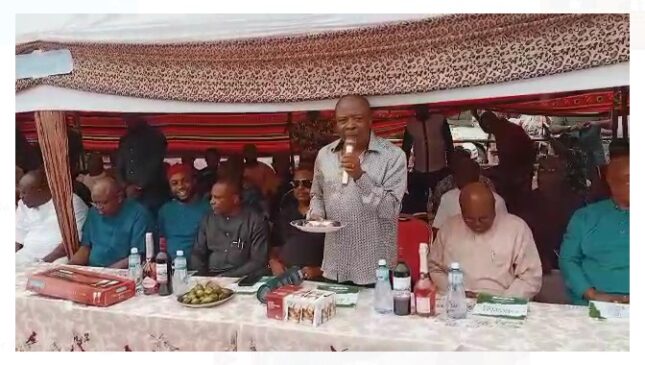 Former Gov. Emeka Ihedioha of Imo has identified unity, love, peace and reconciliation as fundamental ingredients for a nation’s growth and development.

Ihedioha said this in a speech at the 2022 Eyirieyi Obohia, a cultural festival of the Obohia Ekwerazu in Ahiazu Mbaise Local Government Area of Imo, held at Nkwo Obohia market square.

He called on the people of the Obohia ancient kingdom, state and country at large to embrace the spirit of love and unity for progress and development.

“As you celebrate this year’s Eyirieyi event, it is my prayer that the age-long festival will continue to provide and promote opportunities for peace and unity and usher in God’s blessings to the community, our dear Imo and Nigeria at large,” Ihedioha said.

In his remark, the Traditional Ruler of Amano Obohia Autonomous Community, Eze Chidume Okoro, said that the festival had existed for over 500 years.

Okoro said that the event serves as a reminder of the history and cultural heritage of the people to the young generation. He described the festival as an opportunity for individuals to purify their hearts and minds.

According to him, the festival is never celebrated amidst animosity amongst the natives.
“It significantly points to Obohia clan as a people who celebrate their unity and common origin,” he said. 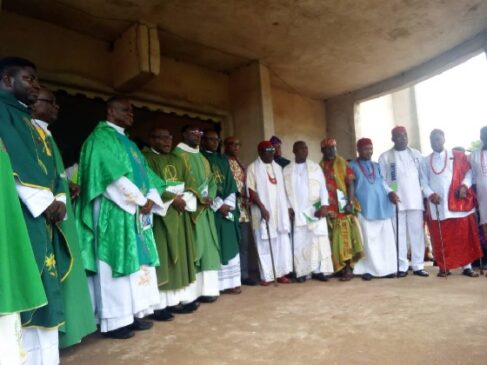 Earlier, in his welcome address, the Chairman of the Local Organising Committee and Duke of Obohia, Mr. Iyke Ezeh, said that the festival was a way of equipping the youth with the community history and cultural heritage. He said that quarrels, violence and other anti-social acts were usually resolved during the celebration.

“The festival is a reminder of the need for peace and reconciliation. “Individuals are called to purify their hearts and minds and chart the way forward for peaceful co-existence necessary for sustainable development,” he said.

Also, Rev. Fr. Ben Chima, a native, said that some aspects of the culture had become Christianised by the first Catholic priest of Obohia origin, Late Rev. Fr. Donald Okoro.

A Ghana-based business mogul, Chief Okwudiri Nwandu, advised politicians in the state to eschew politics of rancor, as the country prepares for the 2023 General Elections.

Highlights of the event included the presentation of cash prizes to winners of different competitions in masquerade displays, soccer, dance and pageantry.

The people of Obohia celebrate the Eyirieyi festival on the 2nd Nkwo Market day in August yearly.