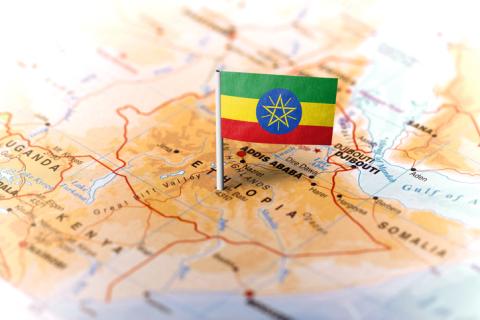 Ethiopia’s current account deficit will widen from 4.4% in 2021 to 4.9% in 2022, according to a new forecast by Fitch Solutions. This would be driven by a sharp increase in Ethiopia’s import bill, as the prices of essential foods and fuel jump.

“We at Fitch Solutions project that Ethiopia’s current account deficit will widen from 4.4% of GDP in 2021 to 4.9% of GDP in 2022. The latest data from the National Bank of Ethiopia show a significant widening of the current account deficit in 2021 (we previously estimated the shortfall at 4.2% of GDP) due to stronger-than-expected growth in merchandise imports. In 2022, the current account deficit will widen further due to a larger trade deficit. Prices of key imported commodities such as oil and cereals (which accounted for 16.2% of total goods imports in 2021) have risen sharply following Russia’s invasion of Ukraine, launched in February 2022, and this will increase full-year import growth,” said a part of the report by Fitch Solutions.

But there is a silver lining amid the woes. For one, ongoing de-escalation efforts with regard to the armed conflict in Ethiopia are expected to improve the country’s domestic security profile and encourage the inflow of more foreign direct investments.

Ethiopia also expects its agriculture exports to increase, particularly coffee exports, which accounted for about 39.6% of the country’s total exports in 2021. Between July 2021 and June 2022, Ethiopia’s coffee exports generated $1.4 billion, according to the Minister of Agriculture Oumer Hussien.

More so, the country’s service exports are expected to grow by 28.5% in 2022, driven mainly by stronger tourism inflows. As travel receipts continue to recover, Ethiopia is optimistic that tourist arrivals will increase by 47.9% this year.

Lastly, it is expected that the Horn of Africa country will receive some foreign aid this year that would support its secondary income surplus. Recall that some months ago, Ethiopia received a $300 million grant from the World Bank to help rebuild communities affected by the country’s civil war.