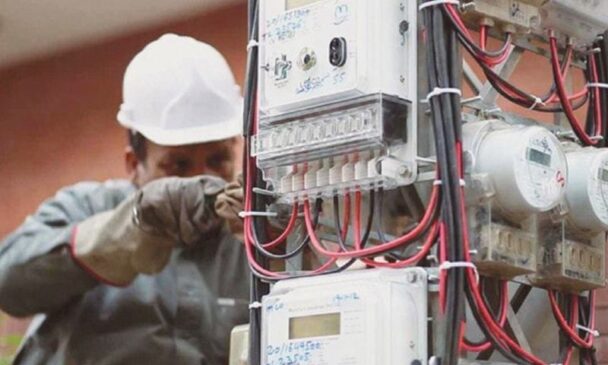 Findings have shown that electricity tariffs increased by 58 percent after the Federal Government yanked off a yearly subsidy of N500bn to the power sector. Documents obtained showed that the subsidy was removed in 2020, leading the Nigerian Electricity Regulatory Commission to equally increase tariffs from N31/kWh to N49/kWh starting last year.

The document titled, ‘Analysis of the Commercial KPIs for ANED ́s Members/2021’, which is the latest report by the Association of Nigerian Electricity Distributors, said with the effective implementation of the Service-Based Tariff in November 2020, the Federal Government removed electricity subsidies of over N500bn and “allowed tariff increase from 31 N/kWh up to 49 N/kWh in 12 months.”

Hence, electricity tariffs have increased by N18/kWh since the subsidy removal. ANED said the new tariffs “for better service” were for customer categories under the class A, B and C.

“This fact, together with the DisCos ́ ATC&C losses recovery in 2021, disproves the paradigm that an increase in tariffs leads to an increase in losses,” the report added.

Although the DisCos and NERC have consistently denied tariff increment, findings corroborated a statement by the Minister of Finance, Budgets and National Planning, Zainab Ahmed in March that FG had removed all subsidies in the power sector.

Electricity consumers with prepaid meters have also lamented the reduction in electricity units received from DisCos. The DisCos had, earlier in the year, sent out-migration links to customers. Once clicked, the application link took customers to an online form where meter numbers and other information were inputted to migrate from the old tariffs to the increased tariff plans.

However, an observation of the graphical representation of tariff movement presented by the association showed that while the Nigerian Electricity Supply Industry, NESI’s cost of the service had grown from N1.15trn in 2019 up to N1.8trn in 2021 (and weighted generation cost has gone up from N23/kWh in 2019 to N27/kWh), NESI’s cost-reflective tariff in 2021 was 5 N/kWh cheaper than in 2019.

The ANED said, “It truly does not make any sense that, while the generation cost and other costs continue to grow at NESI, the cost-reflective tariff is systematically and artificially reduced.”

It, however, said despite the increment in the generation, transmission and administrative costs, the cost-reflective tariff had been decreased mainly due to a continuous reduction in the regulated ATC&C losses under the Multi-Year Tariff Order.

The DisCos had, for several years clamoured for cost-reflective tariffs.

“DisCos are not being able to recover NESI ́s cost of service as the real ATC&C losses are much higher than that under MYTO. This fact is exacerbating DisCos liquidity crisis and cash stress, weakening DisCos’ balance sheets and preventing access to funding, ultimately, impeding DisCo performance improvement. Thus, it raises the question of whether there can be future DisCo improvement if the situation currently precludes any major investment in NESI?” ANED said.

The Federal Government had, some time ago, mopped up customers’ tariff debts to the DisCos.

A spokesperson for IKEDC, Felix Ofulue, also told The Punch that the Federal Government had been stepping in with various interventions to the power sector through the Central Bank of Nigeria.

An increase in tariffs cumulates in equally increased revenue for the DisCos.

“The removal of the subsidy after the Extraordinary Tariff Review in November 2020, which resulted in an increase of the Allowed Tariff, and has driven new records in revenues and collections. The good news is that, even in a scenario of tariff increases, DisCos have experienced two quarters in a row with a collection efficiency of more than 70 percent,” ANED said.

“It is very unfortunate that DisCos do not want to realize or appreciate the extent to which they are causing collapse to the strategic, to the industrial, commercial and domestic sectors, because lack of energy is one of the reasons why all those sectors are not doing well. The current tariff on electricity has not been fair and it is one of the principal reasons one of these sectors we have outlined is not doing well and not breaking even. They are talking of a country of about 200 million citizens with strategic sectors still relying on less than 10, 000mw of electricity despite the increment that has been taking place, and there is no way this DisCos will say they are helping to grow this economy,” he said.

He added that a lack of electricity could lead to a breakdown in economic growth.

“Lack of stable power is why most of the time, industries resort to diesel generators. Now that the cost of diesel has gone high again, industrialists and all these sectors now want to start using petrol generators to complement. And with this noise about the removal of subsidies, that means there will be no energy. They should understand that whenever they say we need electricity if there is electricity, it will provide the backbone for manufacturing.  Some of these discos also need to know that all the strategic sectors have not been enjoying quality service deliverability from them, and that is one of the reasons many of them are not breaking even. They will be forced to lay off staff, and if that happens, then that means there will be no personal income tax for the government,” he said.

Metering expert and Accountant, Olusesan Okunade, told The PUNCH that the cost-reflective tariff was the reason for some of the increases in tariffs.

“The different charges and migration of customers based on the power supply have created most of the difference experienced by customers,”  he added, noting that some of the Discos had not been fair in the cost-reflective tariff because most of the time, they change the class of tariffs whenever there is a slight increase in supply for some days and this will never go down again.”