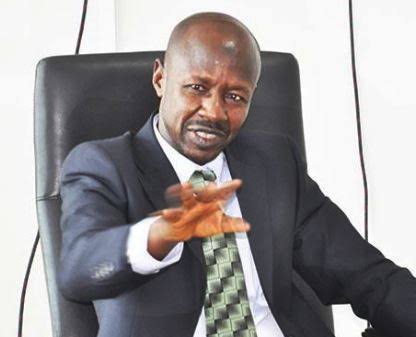 Justice Ayo Salami, the Chairman of the Judicial Commission of Inquiry set up to probe the suspended acting Chairman of the Economic and Financial Crimes Commission (EFCC), Mr. Ibrahim Magu, said he did not know when the probe would end.

Salami, who is a former President of the Court of Appeal, said this during a chat on Thursday.

When asked when the probe would end, he said, “I really don’t know.”

He subsequently refused to speak afterward and did not respond to phone calls.

President Muhammadu Buhari had while inaugurating the seven-man panel on July 3, 2020, given it 45 days to round up its activities and submit its report.

Buhari listed the seven members of the panel to include Salami (North-Central); Deputy Inspector-General of Police, Michael Ogbezi (South-South); a representative of the Federal Ministry of Justice, Muhammad Babadoko (North-Central); and Hassan Abdullahi from the Department of State Services (North-Central).

Others are Muhammad Shamsudeen from the Office of the Accountant General of the Federation (North-West), Douglas Egweme from the Nigerian Financial Intelligence Unit (South-East), and Kazeem Atitebi (South-West), who serves as the secretary.

However, 47 days after, the panel is still interviewing people.

Over 20 people had testified before the panel including some persons standing trial for corruption in several courts across the country.

A lawyer to Magu, Mr. Tosin Ojaomo, told The PUNCH that the panel’s activities had become confusing. – Punch.