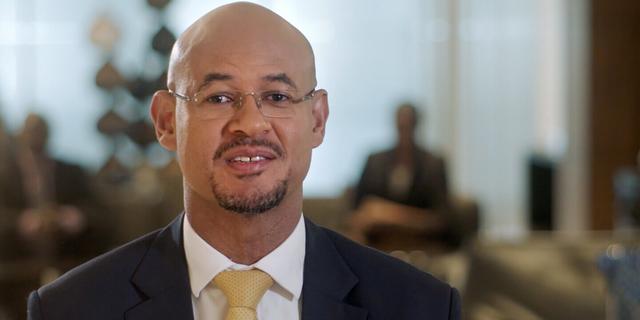 Ecobank Transnational Incorporated (ETI) said its board of directors has selected Jeremy Awori as the new Group Chief Executive Officer. He will succeed outgoing CEO Ade Ayeyemi after he retires soon.

A corporate disclosure filed with the Nigerian Exchange and seen by Business Insider Africa explained that Mr Ayeyemi would retire at 60, in line with ETI’s retirement policy.

The effective date for Awori’s assumption of office would be announced in due course.

Meanwhile, Ecobank Group Chairman Alain Nkontchou has extolled Mr Ayeyemi’s remarkable leadership qualities and immense contributions to the growth of the banking group. He also expressed optimism that Mr Awori has all it takes to lead the company through its next growth phase.

“Jeremy Awori is a highly respected leader in the banking industry with significant achievements in his previous capacities. The Board of Directors strongly believes that his drive and a strong focus on results will be vital in steering the Group in its next phase,” Mr Nkontchou said.

Reacting to his appointment, the incoming Group CEO Jeremy Awori said he was honoured and humbled by the new opportunity.

“It is a great honour to be appointed Ecobank Group’s Chief Executive Officer. I look forward to consolidating the transformation of Ecobank, a truly pan-African institution full of talented people while innovating to create value for all of Ecobank’s stakeholders. I am humbled by the opportunity to contribute to the continent’s economic development and financial integration with Ecobank Group,” he said.

Awori has over 20 years of cognate experience in the banking industry. The Kenyan national is currently the Chief Executive Officer of Absa Bank Kenya (formerly Barclays Bank Kenya Limited), a role he has held for over ten years.

Earlier, he served as Standard Chartered’s Head of Consumer Banking in the United Arab Emirates (UAE) between 2003 and 2006.

Awori initially trained as a Pharmacist at the University of Manchester, graduating in 1991 with a BSc. in Pharmacy. He practised as a Pharmacist briefly before moving to Canada in 1994 to study for his MBA in Finance & International Business at McGill University.

His banking career kicked off afterwards in Canada upon completion of his MBA degree in 1996. He is aged 51 years old.

Note that Ecobank Transnational Incorporated is one of the foremost pan-African banks, with a presence in more than 30 countries, including Nigeria, Ethiopia, Burkina Faso, Kenya, Togo, etc.