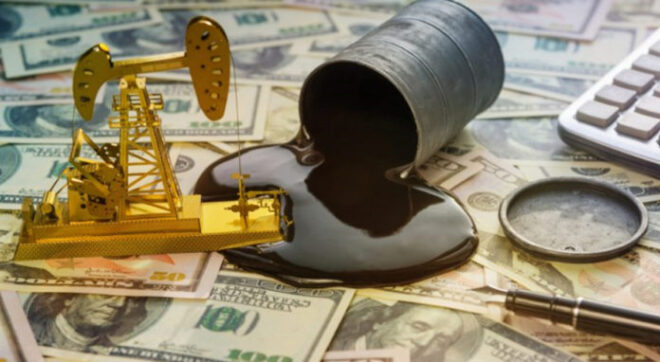 Amid increasing calls for diversification of the economy, Nigeria’s crude oil exports jumped to N5.6trn in the first quarter of 2022, reflecting a nearly 200 percent increase when compared to the same period in 2021.

On the other hand, total imports were valued at N5.90 trillion, indicating a decrease of 0.7 percent over the value recorded in the preceding quarter.

The latest figures by the NBS show a 194 percent increase in Nigeria’s crude oil exports when compared to the first quarter of 2021 (N1.9trn).

The figures also indicate the continued decline in the performance of the non-oil sector, which contributed N1.47trn (20.84 percent) to the total exports in the period under review.

Speaking on the causes of the sharp increase in the amount of exported crude within one year, an energy expert, Bala Zaka, said the numbers did not necessarily mean an increase in the volume of exports.

According to him, factors such as the Russia-Ukraine war had led to a significant rise in the price of oil in the international market; and, as a result, oil revenue had increased far above the projected benchmark when the year began.

“It’s not that the quantity of crude oil increased. It is the shortage in energy as a result of the Ukraine-Russia crisis. Even before that time, some countries were having issues. Because of these shortages, and based on the principle of demand and supply, the demand was generally high globally. That led to the increase in the price of crude oil per barrel. Right now, the price of crude oil is more than $120. Around this time last year, it was not even up to $80.

“When we started, the benchmark price for crude oil was about $57 per barrel. That was what they predicted when they were preparing the 2022 budget. But before we knew it, they increased it to about $62. The volume didn’t necessarily increase. It was the price per barrel that increased.”

Zaka further noted that the latest numbers should not be misinterpreted to imply a resurgence of the Nigerian economy, noting that the country was still unable to produce enough quantity to meet the benchmark set by the Organisation of Petroleum Exporting Countries due to poor management of the oil sector by the government.

“Why the volume did not increase is because we are still experiencing business climate hostilities. International oil and gas companies are divesting from shallow waters and swamp oil and gas assets to better, peaceful, safer, cheaper oil and gas investment havens.

“People should not misconstrue that to mean that the economy of Nigeria is doing well. In terms of production volume, we are still not able to produce up to the OPEC quota. We are also not able to produce up to the budget volume for our 2022 budget. Because of the crisis in the Balkans and what is happening in Ukraine and Russia, there is this reduction in the global crude oil that is being pumped.”