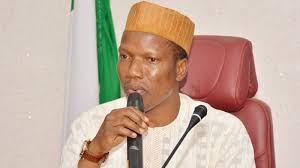 The Federal Airport Authority of Nigeria (FAAN) has disclosed how it lost N18.9 billion Internal Generated Revenue, an amount that represents over 90% revenue loss in 23 weeks, as a result of the COVID-19 pandemic.

The Managing Director of the agency, Captain Rabiu Yadudu, made this known in his opening remark at a virtual stakeholders meeting that had in attendance Minister of Aviation, Hadi Sirika, Director-General Nigeria Civil Aviation Authority Captain Musa Nuhu and representatives of foreign and indigenous airlines in preparation for international flight resumption on Saturday, August 29.

Captain Yadudu stated that in spite of the drastic drop in revenue, as at date, the federal airport authority has managed to ensure that all her local airports have commenced domestic operations, having met the requirements by Presidential Task Force (PTF) on COVID-19, NCAA, and other regulatory bodies and have been issued clearance to reopen.

Mrs. Aboderin said compared to 2019, only 8.7% of FAAN’s non-aeronautical revenue charges were collected from April to June 2020 stating that customers are increasingly defaulting on payment and there is an increasing request for payment suspension, deferral, and waivers due to the COVID-19 crisis

She further explained that 87% of 2020 budgeted overhead cost completely wiped out in six months with up to a 95% decline in weekly revenues.

Speaking earlier, the FAAN MD had explained that during the lockdown, airport managers had kept the airports open and was involved in evacuation flight arrangements across the airports which made it incur cost on maintenance and utilities despite the total decline in traffic as well as revenue.

He said that ‘in spite of the drastic drop in revenue, as at date, FAAN has managed to ensure that all her local airports have commenced domestic operations, having met the requirements by Presidential Task Force (PTF) on COVID-19, NCAA, and other regulatory bodies and have been issued clearance to reopen.

‘Plans are also at an advanced stage to ensure that the International Airports are set for re-opening on the 29th of August, 2020 as announced by the Minister of Aviation as we will be seeing during the course of this meeting. All these have come at a huge cost to the Authority with little or no cash inflow.’

‘The figure automatically translates to fewer passengers and limited income even with the resumption of international operations. All these are issues of great concern to the authority and partly what has necessitated the need for all our stakeholders to rub minds on strategies to adopt to ensure that the industry remains in operation to provide the very much needed service,’ he said.

READ  LASTMA To Lagosians: No Mercy Any Longer For Traffic Offenders

Many airlines, particularly regional carriers, kicked against the planned Passenger Service Charge (PSC) increase citing the timing in the COVID-19 era as a bad time for the increase with the inherent disenchantment of passengers to fly due to the COVID-19 and the strenuous protocols in place for air travel.

Explaining the increment, Mrs. Aboderin said that not only has FAAN not increased PSC since 2011 but that the current rate does not correlate with realities of cost-related inflation (12.82%-CBN inflation rate).

According to her, until late 2019 FAAN was still collecting the naira equivalent of PSC at an official rate of N306.50-N 344.38 to $1 despite airlines were collecting subsisting market rate of around N362 to $1 from passengers.

Collaborating this, Yadudu said: ‘We seem to be the outcast in the aviation family. I see where airlines increase their charges and no one raises an eyebrow, but when FAAN does everyone starts talking about how it affects market and business forgetting that the passenger charge is borne by passengers, not the airline. Timing is relative there is no such thing as a good or bad time for this.’