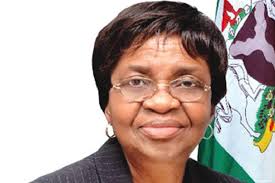 The Director-General, NAFDAC, Prof. Mojisola Adeyeye, has confirmed that chloroquine is effective in the early stages of COVID-19 infection.

According to her, the drug is working but only at the early stage. “We have realized that chloroquine is effective at an early stage.

I was watching CNN about four days ago and heard Sanjay Gupta, the medical doctor, and correspondent mention for the first time that chloroquine can be used prophylactically.

This was in the US, and to come from him was significant because all the while he had been saying that it was not effective, but this was proving it. If something is working prophylactically, it means that the illness will not progress.”

In her argument, Adeyeye stated that science does not lie but had been mixed with politics. “We have mixed science with politics and many people are dying across the world.

Science does not lie. We now understand that it is not only one drug that can be effective against COVID-19; it depends on the stage of the disease.”

According to her, to treat an average COVID-19 patient, it costs about $5 with chloroquine and about $2,500 with remdesivir.

“When we got the profile of remdesivir, what was recorded in literature and from the manufacturer was that remdesivir does not work in the early stage but in the late stage.

We started working with Lagos State because they have chloroquine, hydroxychloroquine, and other drugs. They are still working on chloroquine, but what we are getting from the grapevine is that it is working but not at every stage,” she affirmed.