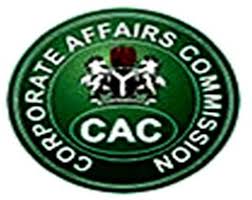 The Registrar-General, Corporate Affairs Commission (CAC), Mr. Garba Abubakar, yesterday allayed fears that the commission was determined to hunt down churches and other organizations following the recent amendment of the Companies and Allied Matters (CAMA) Act, 2020.

The new law which among other things, provided for full disclosure by registered organizations and accorded the commission powers to remove trustees had been criticized by a section of Nigerians particularly churches.

But Abubakar in reaction to the growing concerns by religious organizations said the amended CAMA was not targeted at any particular group but rather to align organizational procedures in line with global best practices.

Speaking at a two-day retreat of the Commerce and Industry Correspondents Association of Nigeria (CICAN) Abuja, themed:’COVID-19 Pandemic and New Reform Initiatives by CAC’, he said registered entities had nothing to fear provided they comply and operate within laid down regulations adding that non-compliance would attract sanctions going forward.

He noted that the amended law which was assented to by President Muhammadu Buhari was aimed at enhancing transparency in the way and manner organizations were operated, adding that the legal framework would strengthen the anti-corruption efforts of the present administration.

Alternatively, the CAC boss said organizations that may find it difficult to submit to the new regulatory framework may choose to cancel its registration with the commission.

He said even in the eventual suspension of any trustee, the law did not grant the commission absolutely and autocratic powers as aggrieved individuals reserved the right to seek legal redress up to the Supreme Court.

Yet, he argued that the current regulations were not as stringent as those of other climes particularly the United Kingdom.

He said the implementation of the new CAMA would likely commence by October when the National Assembly would have gazetted the legislation.

He said the new clause for full disclosure became particularly relevant given that foreign organizations often donate funds to entities in Nigeria adding that the donors were always interested in how the interventions were utilized.

According to him, some of the commendable provisions of the new regulation stipulate among other things that income of associations could only be used in the interest of the entities rather than personal interests.

He added that organizations were now required to show their income and expenditure patterns and submit audited financial statements for vetting by the commission, stressing that Nigeria cannot afford to be different from other countries.

He said while the old law requires a legal practitioner to register a company, thereby increasing the cost of doing business which the World Bank had frowned at, the new regime on the other hand makes the engagement of a lawyer optional.

He said one individual could now form a company as opposed to two or more persons under the former Act adding that the provision for a mandatory company secretary and auditors as enshrined in the old law had also been relaxed.

READ  Trump: Iran appears To Be ‘Standing Down’ After Missile Strike