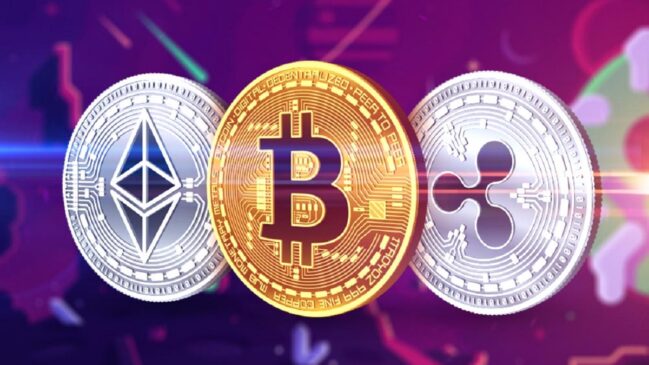 Bitcoin, Ethereum and other top traded cryptocurrencies crash as the market capitalization of all digital assets hit the bottom. Today, the global crypto market cap printed at $1.37 trillion, a 12.92% decrease over the last day, according to data from Coinmarketcap.com.

The decline in crypto market valuation was triggered by selloffs in bitcoin and Ethereum among others. All top 20 currencies were down.  In the last seven days, both bitcoin and Ethereum have lost more than 21% each amidst a fresh bloodbath in the market amidst global uncertainties.

Most of the major digital assets trended downward as of Monday late afternoon, with Bitcoin (BTC), the largest cryptocurrency by market value, trading near its lowest intraday price levels since July.

The largest digital asset dominance closed at 42.00%, representing an increase of 0.61% over the day. Trading volume was at $49.19 billion, up 33%, according to data from CoinMarketCap.

In 2018, Bitcoin infamously collapsed 73% before recovering the following year. In 2014, the world’s largest cryptocurrency dropped to 58%. According to SkyBridge founder Anthony Scaramucci, the price of Bitcoin could bottom out at $18,000 if previous cycles are any guide.

The cryptocurrency industry’s total market capitalization sharply retreated 12% in the past 24 hours to $1.37 trillion, according to CoinGecko data. The total crypto market volume over the last 24 hours settled at $160.02 billion which makes a 55.65% increase.

The volume of all stable coins is now printed at $143.28 billion, which is 89.54% of the total crypto market’s 24-hour volume.  El Salvador bought the dip yet again. Today, the president of El Salvador, Nayib Bukele, notified the public via tweet that the nation had bought 500 Bitcoin at an average price of $30,744.

This is the lowest price at which the country has ever bought Bitcoin. Today’s purchase also marks El Salvador’s largest single purchase of the top crypto asset, putting the nation’s holdings of Bitcoin at 2,301 worth around $72 million at current prices.

El Salvador has continually bought Bitcoin since its price began to decline from all-time highs in the fall of 2021, meaning that the nation’s crypto position is currently underwater.