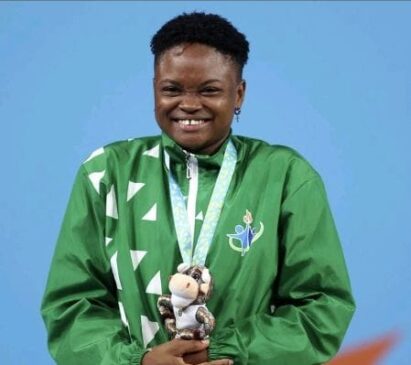 “Showmax Pro subscribers can stream all the live action and highlights from the ongoing Commonwealth Games taking place in Birmingham, England till 8 August 2022, courtesy of SuperSport.”

The Commonwealth Games is a quadrennial international multi-sport event among athletes from the Commonwealth of Nations. The event was first held in 1930, and, with the exception of 1942 and 1946, the games have successively run every four years since.

Nigeria has competed at 14 Commonwealth games since 1950. The 2022 Commonwealth Games, officially known as the XXII Commonwealth Games and commonly known as Birmingham 2022, is Nigeria’s 15th appearance at the games. Currently ranked 10th at this year’s competition with 8 medals to her name that including 3 golds, 1 silver and 4 bronze medals; Team Nigeria is made up of 41 male and 52 female athletes, competing in 7 sports including Athletics, Boxing, Judo, Para powerlifting, Table Tennis, Weightlifting and wrestling. With at least a medal won in every Commonwealth Games attended, Nigeria has so far won a total of 244 medals.

Athletics is one of the core sports being held at the 2022 Commonwealth Games. As a founding sport, athletics has appeared consistently since its introduction at the Games. Team Nigeria has a total of 38 athletes, competing in the two main categories; a track that includes the relay and dash races and a field that includes high jumps, shot put, discus and javelin throw.

With 8 medals won, Nigeria is looking to rise on the medals table through athletics with notable names like Tobi Amusan who shattered the world 100 metres hurdles record en route to winning gold at last month’s World Athletics Championships in Oregon, in a time of 12.06; Ese Brume, who won a silver medal in the women’s long jump in Oregon. Also, ex-BBNaija housemate Mike Edwards, who this year, became the first Nigerian man to win an African Championships medal in the men’s High Jump since the 1996 edition; Chioma Onyekwere and Obiageri Amaechi who recently won gold and bronze respectively, in the women’s discus throw.

Team Nigeria’s weightlifting athletes have provided the bulk of Nigeria’s medals at the ongoing Commonwealth Games with a total of 6 medals- 2 gold by Rafiatu Folashade Lawal and Adijat Adenike Olarinoye, 1 silver medal by Taiwo Liadi and 3 bronze medals by Mary Osijo, Islamiyat Yusuf and Edidiong Umoafia. Other sports Nigeria will be hinging her medal hopes on are the para powerlifting and table tennis categories where strong contenders like Thomas Kure, Latifat Tijani, Quadri Aruna and Offiong Edem are competing.

You can catch all the exciting encounters on Showmax Pro. Simply download the Showmax app, and subscribe to Showmax Pro on your iOS or Android device to start streaming live, the 2022 Commonwealth Games.