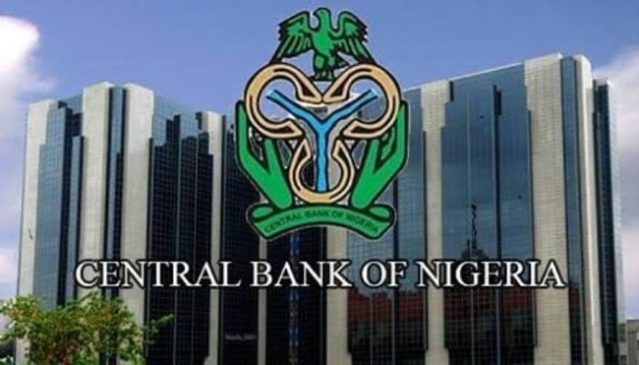 Deposit Money Banks borrowed the sum of N21.87tn from the Central Bank of Nigeria via the Standing Lending Facility window and Repurchase Lending platform in 2020, according to the CBN financial data.

The month-on-month breakdown of SLF revealed that the DMBs and merchant banks in January 2022 borrowed N313.48bn from the CBN. It, however, dropped to N186.48bn in February.

For May, the CBN reported N897.05bn, after which the borrowing increased significantly to N1.93tn in June. However, the financial data by the apex bank showed N1.46tn and N1.19tn for July and August 2022, respectively.

Consequently, borrowing by the DMBs and merchant banks through the CBN’s Repo declined by 24 percent to N10.7tn in 2022 from N14.07tn disclosed by financial data in 2021.

The financial data revealed no Repo transactions for November and December 2022.

Analysts have attributed the decline to tight liquidity conditions in the banking system, as the apex bank stimulates its monetary ratios to tackle increasing inflation.

Aside from the SLF and Repo, the CBN accepts deposits from banks through its Standing Deposit Facility and pays an interest rate of 700 basis points below the MPR which currently stands at 16.5 percent.

The CBN had in 2016 sacked the board and management of defunct Skye Bank for persistently failing to “meet minimum thresholds in critical prudential and adequacy ratios, which has culminated in the bank’s permanent presence at the CBN lending window.”

It also stated that “In particular, Skye Bank’s liquidity and non-performing loan ratios have been below and above the required thresholds, respectively, for quite a while.”

Reacting to the CBN data, economist and Chief Executive Officer, of Cowry Asset Management Limited, Johnson Chukwu, said there were increases in bank borrowing from the CBN in 2021 and 2022 due to higher levels of business activities. However, he said it was difficult to ascertain if the increased lending were a result of the liquidity crisis.

He, however, said that the CBN policies in 2021 and 2022 especially those that affected Cash Reserve Ratio and Loan Deposit Ratio might have affected the activities of banks especially regarding going to the central bank’s lending window.

Meanwhile, Nigerians who reject or deface the new naira notes may be at risk of an N50,000 fine or six-month imprisonment. The CBN Act of 2007, a copy of which was obtained by our correspondent, made it a crime for anyone to reject, deface, or counterfeit the naira notes.

According to Section 20(5) of the CBN Act, “A person who refuses to accept the naira as a means of payment is guilty of an offense and liable on conviction to a fine of N50,000 or 6 months imprisonment.”

Section 21 added, “(1)A person who tampers with a coin or note with or trading in issued by the bank is guilty of an offense and shall on notes and coins imprisonment for a term not less than six months or to a fine not less than N50,000 or to both such fine and imprisonment.

The crime of counterfeiting, however, attracts not less than five years of imprisonment.

In an earlier report, it was disclosed that some of the bank customers refused to collect the new notes for over-the-counter payments.

Confirming the situation, a bank teller in Ogba, Lagos had told one of our correspondents, “Some customers have been rejecting the new naira notes whenever we give them; they said the new notes would not be collected from them in the market; they prefer the old notes.”

During a recent sensitization exercise in Abeokuta, the CBN’s Head of the Abeokuta branch, Wahab Oseni, affirmed that the rejection of the naira is a crime, according to news reports.