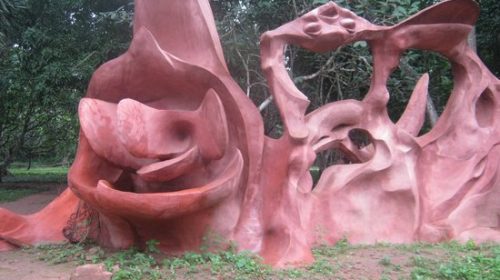 As the year 2019, unfolds with uncertainty surrounding revenue generations by the government and tackling unemployment, corruption, insecurity etc, the Association of Nigerian Journalists and Writers of Tourism (ANJET), has charged the government at all levels and the organised private sector to pay serious attention to tourism development and promotion in the country.

The body of organised travel journalists, writers, lamented that despite the vast potential and comparative advantage that the country has in tourism that the government has continued to pay lip-service to the sector, not bothering to create the right policies, incentives and environment for the private sector to invest in tourism businesses.

ANJET, also wants all the presidential, gubernatorial and other political aspirants in the forthcoming 2019 general elections, (none of them is focusing on tourism, except a few of them already in government), to see the need to base their economic blue print on tourism.

ANJET said that the nation is suffering and missing out greatly from the economic and other developmental benefits that it would had reaped from the sector given that it is money spinning one and presently a leading sector that serious minded countries have paid attention to following the all-time record of performance over the years.

It is worthy to note that tourism is a huge revenue and employment generator with $7.6 trillion revenue (about 10% of global GDP) and 277 million jobs; representing one out of every 11 jobs in the world in 2014. Last year international tourist arrivals reached 1.4 billion marks, amounting to six per cent growth, ahead of 2020 projection.

Africa countries recorded a meager 67 million tourists with no one sure of the numbers that visited Nigeria because there is no verifiable statistics to that effect. Besides, at the local level, less than 10 percent of Nigerians travelled for tourism related activities while many tourism outfits closed shops due to lack of patronage and domestic airlines flew fewer passengers resulting from exorbitant fares and operational issues associated with domestic airlines.

To stem this tide, the travel writers are calling on the federal government to put tourism at the forefront of its economic blueprint. To this end, it advocated for the bringing back of the culture and tourism ministry as the present arrangement of lumping tourism with the Information and Culture Ministry has not yielded the desired results.

To achieve its desired purpose, they said the ministry should be manned by a true and tested professional, with vast experience in business and understands the metrics of tourism as a business and not a socio-cultural event as it has been the case with the ministry.

The ministry, they said should be able to effectively and professionally coordinate the activities of the sector by working with the Organised Private Sector (OPS) to produce a tourism blueprint and policy for the country as well as among others tinker with the National Tourism Master, which since it was reviewed last year no one knows the content.

Also, the tourism writers want to see the Nigerian Tourism Development Corporation (NTDC) come out of the closet and not live under the shadows of the ministry to take on its statutory responsibilities of developing, marketing and promoting Nigeria tourism with attention on domestic tourism but not closing the door on the international scene as witnessed in over five years as Nigeria completely absented itself from international tourism expos and meetings where it had before made huge gains.

ANJET also wants to see NTDC take on its regulatory duty with the desired authority to stamp out the all comers affair status that tourism has recently assumed in the country. While economic solution should be proffer to the issue of registration, grading and classification of hotels and other related tourism outfits as this is very crucial to building a virile tourism industry with eyes on international best practice.

The National Institute of Hospitality and Tourism (NIHOTOUR), which has over the years allowed itself to be relegated to the background, ANJET said should be more forward-looking and take seriously its human capacity building functions by engaging with the various stakeholders, especially the hospitality industry in order to ensure that the National Occupation Standard (NOS) is effectively implemented.

ANJET also charged the various stakeholders, particularly the members of the Federation of Tourism Associations of Nigeria (FTAN) and the federation itself, to shake off its lethargy and see tourism as a serious business and go all out to invest in it and engage the government seriously in funding the sector and putting in place the needed infrastructure for their businesses to thrive.

Another area that the body drew attention to is that of aviation, decrying the present status and lack of synergy between it and tourism. Going forward, they call for alignment between the two bodies as it exists elsewhere where both aviation and tourism are seen as sesame twins and not separate bodies.

To this end, they called on the government to give serious attention to the rejuvenated Presidential Council on Tourism (PCT), which the present minister said has come on board but happenings within the sector proves otherwise.

A deliberate branding and marketing communication mix, they said is urgently needed for the country if it ever wants it tourism sector to make any impression both on inbound and outbound tourists. They decried the present situation where the present minister has turned to the government and ruling political party megaphone at the expense of tourism.

According to the body, this is one reason while culture and tourism should have a separate ministry from the present information and culture ministry so that the information minster should focus on government while the tourism minister becomes the number one brand ambassador of the country by leading the branding and marketing communication effort and see that every communication from the government takes into cognisance implication for the tourism sector.

Therefore, ANJET said the country should wake up to the global realities and potential in tourism as it can boost the economy beyond the imagination of anyone if adequately funded and the right attention given to it as international example has shown.

The body of tourism writers also declared its willingness and readiness to work with both the government and private sector in any capacity, besides its role of information dissemination and education, which it has performed effectively, in order to achieve the dream of making Nigeria one of the top five destinations in Africa within the shortest possible time.