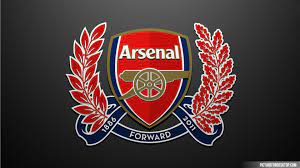 Henry, who scored a club-record 228 goals in 377 appearances for Arsenal, told The Telegraph he still supports the club but doesn’t know what happened to the team.

“This club belongs to the fans, I love the club and I will support the club until I die, but I do not recognize my club and what happened just now, with them trying to join a league that would have been closed, makes no sense to me,” Henry said.

Hundreds of fans protested outside Emirates Stadium on Friday, calling for owner Stan Kroenke, who also owns the Los Angeles Rams, to leave the club over the proposed Super League even though the club already pulled out of joining the league.

Thierry Henry during his time as head coach of the Montreal Impact in February 2020.

Henry said he understood why fans protested, adding clubs must listen to their fans. He added the team showed it’s being run like a company and not a football club.

“Maybe it’s a lack of understanding of the core football values and maybe the money was too big of a temptation. But whatever it was, they got it wrong. Badly wrong.

“I was genuinely shocked like most people and couldn’t believe what was unfolding. I have never talked before, but what happened recently made me realize fans, this is your club. It is your club and I’m an Arsenal fan too. I’m proud of what the fans achieved. Not just Arsenal fans, all the fans. The result was a victory for football.”

Also the French national team’s leading goal scorer (51 goals), Henry played for Arsenal from 1999-2007 and again in 2012 on a loan. He recently was the manager of Major League Soccer’s Montreal Impact for two seasons before resigning in February for family reasons.