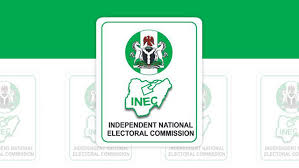 The Independent National Electoral Commission (INEC) has made a stunning revelation about the Advanced Nigeria Democratic Party (ANDP) which made the Bayelsa Election Tribunal annul last year’s election.

He also said the party did not exercise its right guaranteed in the Fourth Alteration to the constitution by filing its suit within 14 days of the accrual of the said right.

The Bayelsa Governorship Election Petition Tribunal sitting in Abuja had on Monday nullified the election of Governor Duoye Diri.

Delivering the majority judgment of the tribunal on Monday, Justice Musa ruled that INEC lacked the power to disqualify any party from an election for whatever reason.

He held that the first deputy governorship candidate was validly nominated following a valid primary election conducted by the party.

“The exclusion is void ab initio. The deputy governorship candidate stands. It is not a duty of INEC to disqualify him. It is the duty of the court. INEC cannot screen a candidate, its duty is to supervise.”

On the contention that the petitioner’s case was statute-barred having not been filed within 14 days of being notified by INEC that it would not participate in the election, Justice Musa held that the cause of action only arose after February 14, 2020, when the Supreme Court delivered the judgment that ushered in Diri as governor.

Gov. Douye Diri, in a swift reaction, stated he had instructed his lawyers to file the necessary papers for an appeal.

Diri, in a statement, titled, ‘I have instructed my lawyers to appeal tribunal ruling,’ issued by his acting Chief Press Secretary, Mr. Daniel Alabrah, said he had implicit confidence in the judiciary that he would triumph in the end.

He said, “We trust in the judiciary and we are appealing the judgment. With God on our side, we will get justice.

“This is a court of the first instance and I have instructed our lawyers to file an appeal. We have a right to appeal even up to the Supreme Court.”

The Justice Mohammed Sirajo-led three-man panel ruled that the election was unlawful due to the exclusion of Advanced Nigeria Democratic Party (ANDP) and its candidate, King George, from the November 16, 2019 governorship election.

The tribunal ordered INEC to conduct a bye-election within 90 days.

However, Okoye recalled that the ANDP was one of the political parties that signified its intention to contest the Nov. 16, 2019, Bayelsa governorship election.

According to him, the party conducted party primaries and submitted the name of one Peter David as its Deputy Governorship candidate.

“As at the time of the submission of the name of the said candidate, he was 34 years-old, contrary to Section 177(b) of the constitution that makes it mandatory for a candidate for such office to attain the age of 35 years to be eligible to contest the election.

“In the candidate’s statutory declaration of age and affidavit attached to his form, the party stated that he was born on Feb. 10, 1985.

“The commission also informed them of the invalidity of their nomination for the Nov. 16, 2019 governorship election in Bayelsa State,” he said.

Okoye also recalled that on Sept. 21, 2019, and in response to the letter of the commission dated Sept. 13, 2019, the ANDP wrote the commission acknowledging the invalidity of its nomination and forwarding the name of one Miss Inowei Janeth as their new Deputy Governorship candidate.

“On Sept. 27, 2019, the commission informed the party that the deadline for the submission of nominations as provided for in the Timetable and Schedule of Activities released by the Commission on May 16, 2019, was Sept. 9, 2019.

“The commission also informed the party that since they did not submit a valid nomination, they couldn’t validly substitute any candidate.

“Consequently the name and logo of the party did not appear and was not reflected in the ballot paper.

“It is pertinent to note that the party did not exercise its right guaranteed in the Fourth Alteration to the constitution by filing its suit within 14 days of the accrual of the said right as the issues canvassed are pre-election issues.

“The commission may respond to some of the issues raised in the judgment of the tribunal when we are availed of the full judgment and the reasons for the judgment,” Okoye said.

Meanwhile, in a separate judgment on Monday, the tribunal unanimously dismissed the petition filed by the Accord Party and its governorship candidate, Ebizimor Diriyai, who had sought the nullification of the poll on the basis that Diri’s deputy, Lawrence Ewhrudjakpo, altered his certificate.

The Accord Party’s petition, in addition to the three earlier dismissed on Saturday, made the fourth that were dismissed against Diri’s election.