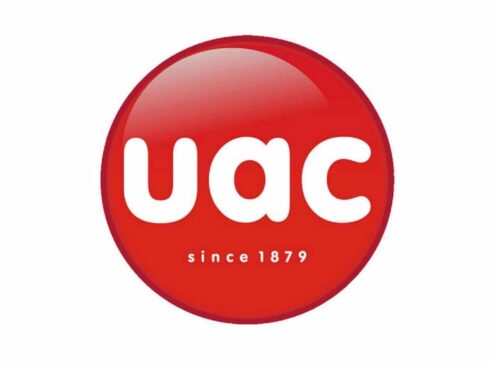 Equity analysts have downgraded UAC of Nigeria Plc – a leading diversified Company, operating in the Food and Beverage, Real Estate, Paint and Logistics sectors – to sell after a significant earnings loss in the first half of the financial year 2022.

The decline in the company’s performance was propelled by a tight market condition due to a bucket of uncertainties in the macroeconomic environment. The worsening price level posed a higher threat to the group earnings outlook as the inflation rate surged to 19.64% while the local currency continues to fall.

In a report, WSTC Securities analysts made a downward revision to the estimated fair value to N5.71 from N7.30, saying that the material decline in valuation stemmed from the impact of the weak Q2-2022 performance and lower growth expectations in subsequent quarters.

In its unaudited financial statement submitted to Nigerian Exchange, the group underperformed market expectations as profit dropped significantly. Pretax profit fell strongly, down by 461% to N966 million loss in the second quarter of the year from N267.71 million profit reported in the comparable period in 2021.

In its equity report, equities analysts at WSTC Securities Limited said higher costs of raw materials and losses from the Animal feed and Edible oil segment affected the Group’s profitability.

In the group’s Animal Feed and Other Edibles business segment, revenue was flat, although it contributed 55% to the total revenue generated in the second quarter of 2022, analysts noted in the report. WSTC noted that the segment also recorded a 232% decline in operating profit to N773 million loss in the period from N586 million profit in Q2-2021.

“The segment stocked up inventory purchases in anticipation of growing volume sales, but this expectation was not met”, WSTC said, thus, a higher cost of sales incurred in the segment dampened the bottom line.

Also, Packaged Food and Beverages segment contributed 25% of the total revenue growth in Q2 2022 but recorded a year-on-year revenue marginal growth of 2% to N6.13 billion.

“This marginal revenue growth was on account of volume growth, amid improvement in production efficiency in the water category and improved distribution in the diaries category”.

Despite the increase in revenue, the segment operating profit declined 33% to N200 million as analysts attribute the decline to higher input costs and operating expenses.

Also, the Paint segment’s operating profit grew by 42% to N599 million. WSTC Securities analysts said although there were price increases across all product categories, lower sales volume caused the revenue to decline by 9% to N4.09 billion.

In the Quick Service Restaurant (QSR) segment, six corporate stores were opened across Lagos and Abuja in H1-2022, and this resulted in revenue growth of 27% to N708 million, according to the WSTC Securities equity report.

However, analysts stated that higher operating costs associated with the running of additional stores resulted in an N136 million operating loss. A clear indication of observed pressures in the macroeconomic condition.

WSTC Securities explained that higher operating costs – in the form of higher raw material costs and inflationary impact on operating expenses – weakened the operating performances of the Group’s businesses, particularly in the Animal Feeds segment.

“According to the management, the Group ramped up inventories in the fourth quarter (Q4) 2021 based on an expectation of further increases in raw material costs. However, that did not happen. Hence, the Group had to report a higher cost of sales”.

Analysts at WSTC Securities said they also expect to see additional price increases on products in view of the impact of heightened inflation on operating expenses.

The combination of higher prices and cost normalization is expected to result in operating margin expansion in H2 2022, according to analysts’ equity report.

WSTC Securities however spotted the ongoing management efforts to improve the company’s profitability. UACN Plc embarked on capacity expansion of Swan (bottled water), deepened route-to-market in the foods business, consolidated and additional expansion of market share in the Paints segment.

There is also a total shift from a franchise model to a corporate-owned store model in the QSR segment.

“We think that most of the Group’s businesses are fragile, particularly in Animal Feeds & Other Edibles which account for half of the Group’s overall revenue. Heightened competition and inconsistent trend of cost margins are the two major obstacles facing this business”, analysts said.

The investment firm is relatively optimistic about the growth prospects of the Paints and Foods segments; saying although the Animal Feeds business generates the most revenue, the combined profits from the Paints and Food segments typically account for 65% of the Group’s overall profit.