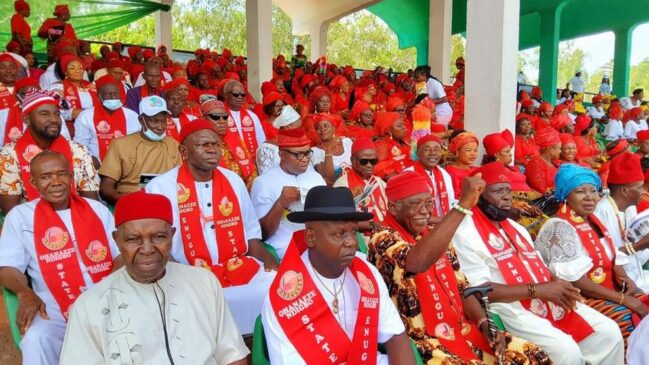 A diaspora group, the Nigerian-American Coalition for Justice and Democracy (NACJD), has decried the alleged marginalization and targeted disenfranchisement of Igbos in Lagos State as they attempted to register in the ongoing Continuous Voters Registration (CVR).

The United States of America-based group said every Nigerian willing to obtain a Permanent Voter Card (PVC) in every part of Nigeria must be allowed, assisted and protected to perform their civic duty.

The group stated this in a release jointly signed by NACJD Chairman, Prof. Eddy Oparaoji and its Secretary, Chijike Ndukwu made available to Waka About Africa.

The group said the allegation which followed a viral video on social media claimed that Igbos at Alaba International, Ojo, were attacked by hoodlums and the machine carted away while attempting to register at the local government office.

Reacting swiftly, the group said while we have not independently verified these videos, many Nigerians in Lagos have surprisingly re-echoed these allegations as being correct.

NACJD said “At a time when Nigerians are hopeful that the forthcoming 2023 general elections could be the beginning of a National rebirth, it is reprehensible that any Nigerian, let alone officials of INEC, would allegedly stop any Nigerian from registering to vote in Lagos State or anywhere in Nigeria.

” Nigerians both home and abroad will no longer tolerate political violence and corruption happening in the country no matter who may be involved.”

The group called on INEC and the Nigeria Police authority to investigate the allegations making the rounds on social media with a view to addressing them immediately to prevent future occurrences.

NACJD equally reminded political leaders in Lagos State that violence is not an exclusive privilege of persons or groups of persons stressing that the wanton destruction of properties in Nigeria should have taught Nigerians that violence pays no one.