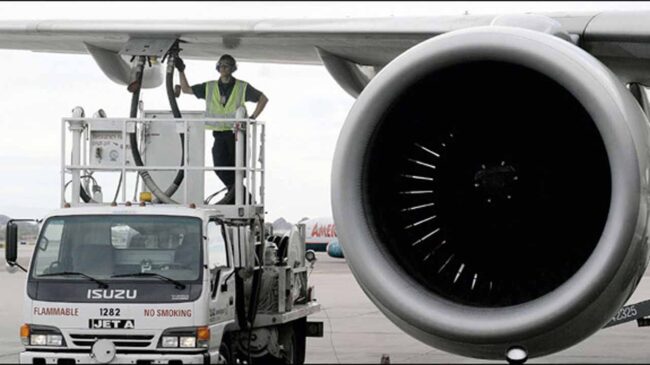 As a move to forestall a backlash and total shutdown of airline operations in the country, the Airline Operators of Nigeria, AON, has called for the immediate removal of the five percent fuel surcharge collected by the Nigerian Civil Aviation Authority, NCAA.

The airline’s body lamented that the rise in aviation fuel, also known as Jet A1, has greatly increased their operational cost to over 130 percent, adding that the need to remove the fuel surcharge could not be overemphasized.

But, NCAA’s spokesperson, Mr. Sam Adurogboye, in a swift reaction, stated that there was a misconception about the fuel surcharge, saying it was not remitted to the regulatory agency but to the Federal Government’s coffers.

However, a letter signed by AON President, Abdulmunaf Yunusa, and addressed to the Director-General, NCAA, Capt. Musa Nuhu, read: “AON wishes to seek your kind approval of fuel surcharge as an ameliorative measure to cushion the effect of the continuous increase in the exorbitant price of Jet-Al on airline operations in the country.

“In addition to the crippling effect of intermittent shortages of Jet A-1, the price has risen from N200 per litre in February 2022 to over N780 today. This has greatly increased the operational cost of airlines by well over 130 percent, yet airlines are unable to increase fares and as well suffer from the unavailability of foreign exchange to conduct their operations.

“In order to forestall a backlash and total shutdown of the system, airlines are hoping to resort to an introduction of a fuel surcharge of between 25 percent and 40 percent of NUC as a way of offsetting the additional burden brought about by increased fuel cost, bearing in mind that jet fuel accounts for about 40 percent of total operational expenses.”

FG is responsible for the fuel surcharge, not NCAA

Reacting to the development, NCAA spokesman, Sam Adurogboye, stated: “The Federal Government asked us to collect the money on their behalf and we remit to them. NCAA’s 5 percent on TSC and Cargo Sales Charge, CSC, is not airlines that credit the fund but passengers.

“Whatever is their airfare, we add 5 percent to it. Before now, we collected this surcharge from passengers directly, but the airlines requested to assist us in collecting it to remove delays at the airport.