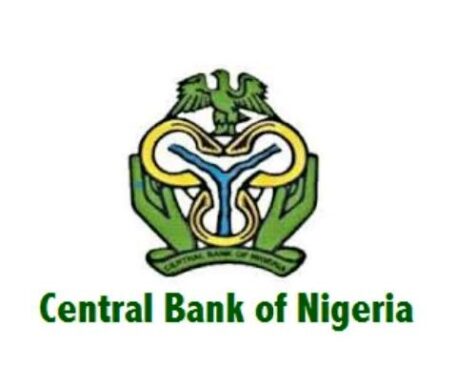 This came barely two months after the MPC, during its bi-monthly meeting in May, raised the benchmark interest rate from 11.5 percent to 13 percent.

The interest rate hike came barely one week after the National Bureau of Statistics put its June inflation figure for the economy at 18.6 percent, the highest in five years.  Inflation had hit 17.71 percent in May 2022.

The MPC had left the MPR unchanged for over two years. However crippling inflation, worsening purchasing power and their attendant effects on the economy appear to have forced the CBN to effect policy changes.

Speaking shortly after a two-day MPC meeting that started on Monday, the Governor, CBN, Mr. Godwin Emefiele, argued that a new rate hike was necessary to put the economy on track.

Emefiele, who spoke in Lagos, said the MPC noted with concern the continued aggressive movement in inflation, even after the rate hike at its last meeting.

He expressed the committee’s unrelenting resolve to restore price stability while providing the necessary support to strengthen the fragile recovery.

Emefiele, while disclosing that all other parameters were left constant said, “In summary, the MPC voted to increase the MPR from 13.0 to 14.0 percent; retain the asymmetric corridor at +100/-700 basis points around the MPR; retain the CRR at 27.5 percent, and retain the Liquidity Ratio at 30 percent.”

Emefiele added, “As regards tightening policy stance, members were unanimous that given the aggressive increase in inflation, coupled with the resultant negative consequences, particularly on the purchasing power of the poor, as well as retarding growth, there is the need to continue to tighten.

“However, the policy dilemma was hinged around the level of tightening needed to rein in inflation, without dampening manufacturing output, which could result from the higher cost of borrowing.”

However, experts in the financial sector have said the second hike in the lending rate at the MPC meeting reflected a panic situation on the part of the banking regulator with the signal of tougher times in the economy.

Aside from narrowing the negative real interest rate gap, he said members were also of the view that tightening would signal a strong determination of the bank to aggressively address its price stability mandate and portray the MPC’s sensitivity to the impact of inflation on vulnerable households and the need to improve their disposable income.

Emefiele said members also noted that the150 basis points hike by the committee in May 2022 had not permeated enough in the economy to halt the rising trend in inflation and noted that the month-on-month percentage increase in headline inflation rose sharply in June 2022 compared with May 2022.

The MPC, he noted, also noted that other complementary administrative measures deployed by the bank to address the growth in money supply did not moderate the inflationary trend.

“The MPC thus reiterated its call to the Federal Government to urgently diversify its revenue sources through various initiatives, such as the development of a viable tax framework for the extractive and mineral export industries, to strengthen its fiscal buffers.”

Speaking on the development, a professor of Capital Market and Chairman of the Chartered Institute of Bankers of Nigeria, Abuja Branch, Prof Uche Uwaleke, said, “The hike in the MPR in quick succession from 11.5 percent to 13 percent in May and now to 14 percent could signal panic on the part of the CBN and heightens uncertainty.

“This policy stance may not necessarily curb inflationary pressure given the pressure is not coming from monetary factors but from high costs of petroleum products, electricity and insecurity, ditto for the rising exchange rate.

Founder/Chief Executive Officer, Centre for The Promotion Of Private Enterprise, Dr. Muda Yusuf, said the key drivers of Nigeria’s inflation were supply side variables and not the demand part.

He said the previous hike in the policy rate of 150 basis points in May did not have any significant impact on the inflation numbers.

Yusuf said, “The new MPR hike means that the cost of credit to the few beneficiaries of the bank credits will increase which will impact their operating costs, prices of their products and profit margins.  The equities market may be adversely impacted by the hike.”

Also speaking, the Deputy-President of the Lagos Chamber of Commerce and Industry, Dr. Gabriel Idahosa, said the rate hike would amount to misery for many Nigerians wallowing in abject poverty.

According to him, the Nigerian situation, with over half the population living below the poverty line, did not justify raising interest rates in the manner it was being done in advanced economies where the income level was significantly higher than Nigeria’s.

Idahosa said, “Our own economy cannot stand this kind of rate hike, where you have unemployment, inflation going to 20 percent. Manufacturers are not able to cope with current interest rates because of the cost of production. Diesel alone is sending many of them out of business. If you now add a high-interest rate, it’s not good for businesses that are already suffering from those other issues of inflation and power supply. They are supposed to do it on paper because the monetary policy says if you have inflation, you should increase interest rates.

“People in advanced countries are earning much more than they need to survive. So, when you increase rates like this, they will be able to save more. It makes sense in a mature economy, but half of the Nigerian population are currently below the poverty line, by all indices.”

On his part, the Director-General of the Nigerian American Chamber of Commerce, Sola Obadimu, described the rate hike as inevitable, given the current realities facing the economy. He, however, noted that the managers of Nigeria’s economy had failed to muster the proactiveness needed to cushion the impact of these economic realities.

“They (businesses) are all at risk. It’s very bad for planning, for budgeting. I’m sure no industry budgeted for N700 or N800 for diesel. The fact is that the managers of the economy are not reacting appropriately to anything. They are just looking on and seeing things deteriorate without any solution in sight. That is just a tragedy.”

A professor of Economics at Covenant University, Ota, Jonathan Aremu, said the decision of CBN’s MPC reflected an economic theory that stated that for an economy to remain robust, the quantity of money in circulation must reflect the volume of production and consequently the volume of trade/transactions.

Aremu said, “One thing I wanted to say is that it may not be the monetary policy alone they need to adjust, but they should look into the productive sector of the economy because if it happens that there’s too much money when there are also many goods, then the price would not increase. So, here is what we call the quantity theory of money that equates the volume of money in an economy to the volume of goods.”

He further stated that the CBN would not be able to solve the problem of inflation by merely increasing the cost of borrowing because people would not have enough money to produce goods and services to be able to afford products in the economy.

According to Aremu, who is a former Assistant Director of research at the CBN, the apex bank’s move to mop up the money in the economy through rate hikes reflected a poor monetary policy in the first instance, since it was the CBN that was responsible for the volume of money in circulation.

The don said, “That’s what I’m saying in a layman’s language.  Maybe the volume of goods produced in the economy is not enough. Let’s look at what we can do more to put more intensity on the production of goods so that the volume of the transaction will be high enough to drive down inflation. Others would say this is pulling too much money into the system. The question people may ask CBN is this, who put the money there?. That’s the issue.

“That’s why I’m saying that I don’t have the indices on which they base their arguments, but what I’m saying is that CBN should have been able to look at the productive side because if you say that food prices are increasing, yes, they are increasing not because there’s is too much money but because people are not farming again. People don’t have the opportunity to go to farms and that’s why for the little that’s available in the market, people compete for it. Secondly, the cost of bringing the goods to the markets is very high.”

Also reacting, the former President of the National Association of Small Medium Enterprises, Mr. Egun Agboade, said that the association was complaining about the old rate before the hike.

“We were complaining of the old percentage of 11 and 12 percent. Now that they have taken it to 14 percent, we are in a worse situation. Nothing has improved in terms of infrastructure. In fact, the infrastructure is getting worse. You can’t move on the roads; diesel price has moved up, and there are a whole lot of problems. In the midst of that, you still raised the interest rate? That is adding insult to injury.”  Punch.