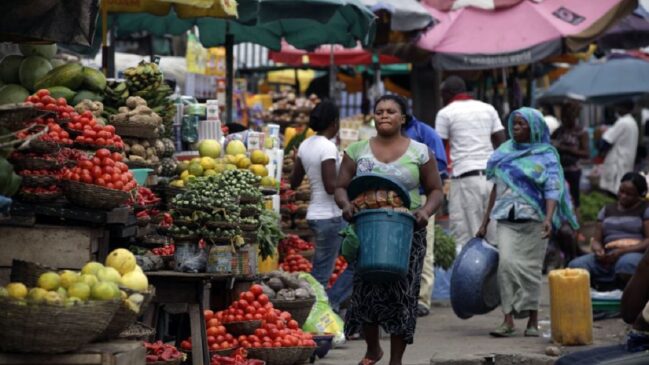 Downside risks to growth expectations for the fiscal year 2022 have been spotted as African countries continue to be feeding citizens with imported foods.  A report from GlobalData indicates that most African countries are importing a whopping 25% of total food demand from foreign countries, thus putting exchange rate pressures on local currencies amidst steep Eurobond raise across the region.

In a new report, GlobalData said despite African nations recovering from their worst recession in half a century in 2021, the direct and indirect impact of the war in Ukraine is stalling the continent’s development trajectory and impacting its recovery prospects in 2022.

Against this backdrop, the leading data and analytics company has revised its 2022 growth forecast for Africa to 3.5% from its earlier projection of 3.7%.

Commenting on the development, Animesh Pareek, Economic Research Analyst at GlobalData, said: “Rising food and fuel prices are aggravating the macroeconomic imbalances in the region. Since groceries account for around 40% of consumer spending in Africa, according to the International Monetary Fund, a sharp rise in prices has increased the risk of food insecurity among the poor.

“On the policy front, high public debt and an escalating global interest rate are leaving less space for fiscal stimulus and borrowing opportunities for the government.”

The growth rate of the two biggest African economies, Nigeria and South Africa, is forecast to grow by 2.5% and 1.8%, respectively, in 2022. However, these forecasts are a downward revision of 0.2 and 0.3 basis points, respectively.

A high unemployment rate, an increase in the inflation rate and the consequent rise in the policy rate are slowing down Nigeria’s growth prospects. A positive but declining business confidence index and structural and infrastructural constraints remain major roadblocks for the South African economy.

Pareek said, “GlobalData expects Kenya, Ghana, and Egypt to be the fastest-growing countries in Africa in 2022, with a growth forecast above 5%. One country that will face slow growth is Morocco, as its economy will slow down significantly to 3% in 2022, following a 5.6% growth in 2021, as agricultural output has been affected by drought in the country.”

GlobalData has revised upward the 2022 inflation numbers for Africa from 7.7% in February 2022 to 13.8% in May 2022. The expected high inflation rate of more than 10% in 2022 has become a point of contention for countries such as Egypt and Ghana, even though they are expected to have an above average GDP growth in the region.

“As a step to control inflation and the economic crisis, Egypt is focusing on privatizing public sector enterprises. Ghana, with an expected inflation rate forecast of 16.2% for 2022, which is an increase of 6.8 basis points from the previous forecast, is determined to make borrowing an expensive affair and control liquidity in the market. The Bank of Ghana increased its policy rate by 250 basis points to 17% in March 2022”, Pareek added.

Most of the African nation meets a quarter of their domestic food demand from imports and the Russia-Ukraine conflict has escalated food prices as both nations are the largest exporters of food staples such as wheat, corn, seed oil and fertilizers.

“To control the current situation, policymakers need to reduce or wave off import duties on food supplies on a temporary basis and improve digital and economic transformation, which can be supported through concessional financing by development banks and international organizations.

“The regional trade agreements such as the Africa Continental Free Trade Agreement can also help in reinforcing regional integration and reducing global disruption in the future through diversification”, GlobalData Pareek said.