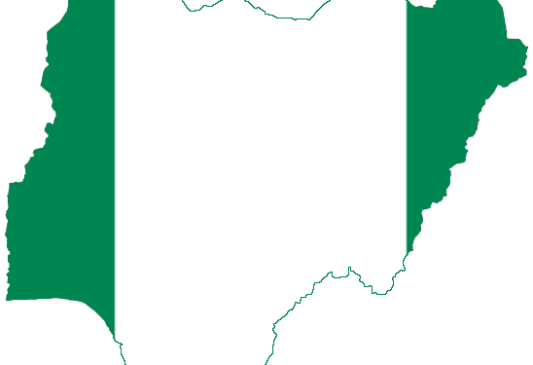 The African Youth Growth Foundation, AYGF says about 60,000 migrants live and work in Nigeria. The Executive Director of the organization, Dr. Arome Salifu disclosed this on Wednesday at the 16th anniversary of the Foundation held in Abuja.

He said a recent report released by the AYGF revealed that a total of 60,000 foreigners are living in Nigeria, with an indication of where they work, their employers and countries they came from, information he said was not in existence until the report came out.

‘‘The total number of migrants officially within the country is the average of 60,000, according to statistics of NIS and from different countries.

Salifu said the organization had over the last 19 years of its existence impacted millions of lives across the seven thematic areas of livelihood, migration, public health, PVE/CVE, education, governance and climate change, through several funded and non-funded projects.

According to him, the Foundation had enrolled over 500,000 beneficiaries and provided over 2 million nutritional services to households and families (pregnant and lactating women and children under 5) in Nigeria, particularly under the World Bank-funded Accelerating Nutrition Results in Nigeria (ANRIN) project.

Also, the AYGF Executive Director said the organization had successfully worked with the IOM, the German Government and several Nigerian government ministries and agencies to impact over 5 million lives on migration and rendered development supports and advocacies, as well as supported the Nigerian government with the registration of over 50,000 thousand Nigerians and IDPs with their biometrics under the ongoing NIN registration exercise after been issued the license by NIMC.

‘‘We are happy to share some of these success stories with you through the various reports and publications made available at this historic meeting. This is another chapter in the life of the organization. In the next four years, we will be expanding to other African countries working closely with key stakeholders and communities, to see that we improve the living condition of people, particularly the young people, vulnerable and of course the minorities among us. Our vision for the next four years is to go global and establish our development presence in several African countries,’’ he said.

Also speaking in the report, he said Nigeria’s stunting rate of malnutrition has not changed considerably since 2008, indicating a long-term nutritional problem in the country.

According to the report, one in three children under five years of age suffers from chronic malnutrition, which translates into 13.9 million Nigerian children at the risk of either dying or not developing to their full potential.

On the issue of people leaving the country, Salifu said it is directly connected to the economic and security challenges. ‘‘Naturally, every human being will want the best for himself. So, if the economic situation is not supporting their dreams and aspirations and they find leaving the country as a better alternative, you wouldn’t be able to stop anyone from doing that. Also, if the security situation does not guarantee their safety you also cannot stop them from leaving with their families. This is the current satiation we find ourselves.

For the next four years and in accordance with Gad’s vision, he said the Foundation planned to get 2 million out-of-school children back to school under our Street to School project, Plant 1 million tree under our Earth Restoration Campaign, support 5 million migrants in Nigeria, Canada, US, UK and Europe under our Migration Information and Communication Campaign (MICC campaign), support 5 million households and families with livelihood and nutritional supports among others.

In its goodwill message, the World Health Organization, represented by Zara Jordan said 65% of its intervention is focused on youth and young people and urged AYGF to sustain participation on migration activities of the young Nigerians.

On its part, the National Human Right Commission, represented by Ms. Isioma expressed deep solidarity with AYGF saying that the journey to success is often filled with thorns and challenges.

It, however, pledged a stronger commitment to sustain its support in the protection of human rights.

In his goodwill message the Senior Special Assistant to Deputy Senate President, Otive Iguzor, said the CSOs occupy a special place in accelerating development in any given society, adding that without NGOs, many things will go wrong.

He charged AYGF to focus more on youth issues to enable Nigeria to reverse the trend of migration which had put the country in a bad light.