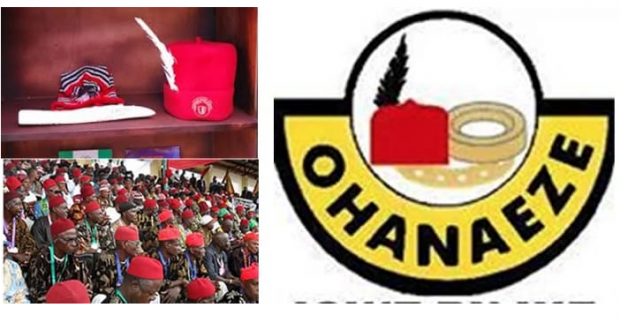 Youth wing of the apex Igbo social-cultural organization, Ohanaeze Ndigbo, elder statesman, Emmanuel Iwuanyanwu as well as the Coalition of South East Youth Leaders (COSEYL) have pushed for youth from Igbo land to take over from President Muhammadu Buhari in 2023
In separate interviews with the Igbo youths by Daily Sun in Owerri, yesterday, they all revealed the same interest, preferring youths to the older generation of leaders in the country, just as they maintained that the older generation has failed.

Ohanaeze Ndigbo (youth wing) National Publicity Secretary, Osmond Nkeoma, said if youths can excel as presidents in western countries, they can do better in Nigeria.
He said the youths are ready and willing to take responsibility for administering the country, just as he claimed the old generation leaders does not have what it takes to manage the country, especially meeting up with digital challenges.
“Igbo youths are ready and capable of administering the country. How old was Odumegwu Ojukwu when he became a leader, how old was General Yakubu and even Buhari when he became the head of state?
“Moreover, when you go to the western world like Ireland, the prime minister is a youth, even Canada and France, youths can do it better, older ones have failed us, with older ones, there’s no hope for this nation, we cannot afford to have a president who cannot talk about a digital economy, any old man from 55 above should be ignored,” Nkeoma said.
His COSEYL counterpart, Goodluck Egwu, who is the president-general of the Igbo group, said the older generation leaders have not done well to deserve being at the helms of affair again in the country.
“We have so many youths that are eminently qualified in the South East, the older ones have failed us, we have not faired well under them and that is why we are clamouring for a change,” Egwu said.
Also, elder statesman, Iwuanyanwu, said any aspirant above 69 should not contest the presidential seat.
“I think the constitution has defined the age limit, in my own opinion, anybody up to 70 should not contest because the job of a president is very demanding, in fact, the younger the better,” Iwuanyanwu said.