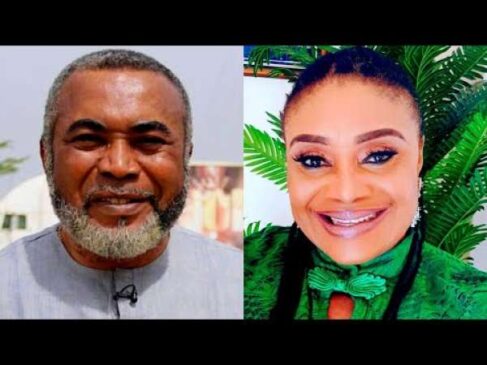 In the caption of the video she posted, Ngozi Orji declared herself “Obedient,” a title associated with supporters of the former Anambra State governor Peter Obi as president.

Sharing a video and photos of Peter Obi at the church service, Ngozi wrote: “It was An Awesome Time Today. That Moment Our Apostle General Anselm Madubuko Introduced H E Sir Peter Obi. What an Awesome Way To Wrap up AZUSA 20 Conference. God bless you Sir for Coming. We are obedient. We Move.”

In another related story, actor, Nkem Owoh, aka Osuọfia has reportedly rejected an N10 Million offer to endorse Bola Tinubu, APC Presidential candidate ahead of the 2023 Presidential election.

According to sources, the Veteran Nollywood Actor said N10 Million cannot buy his endorsement as 2023 is critical for the collective good of all citizens and would never be sold.

Nkem Owoh rejects a 10 million Naira offer to Endorse Tinubu. It was learned that Osuofia was offered the usual 5 million Naira for endorsement of the candidate, but he refused. Even when the offer was doubled on account of his worth, he still refused.