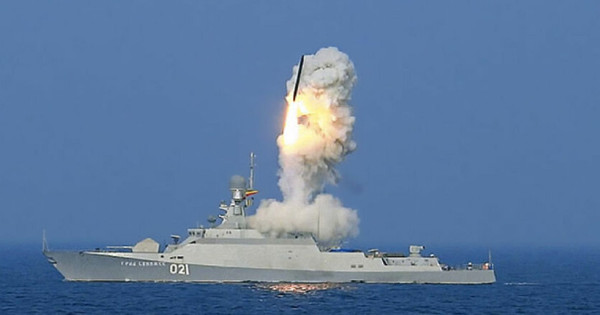 According to Ukrainian intelligence, 20 ships of the Russian Black Sea Fleet are ready to launch Calibre cruise missiles.

Quote from Nazarov: “The shipping group of the Russian forces fleet has not changed overnight, it continues to keep a safe distance from the shore, so as not to face another strike.

Nevertheless, 20 Calibre cruise missiles are ready to be used against Ukraine. A hostile landing operation is currently unlikely to happen, but not ruled out.”

Details: Nazarov also noted that the Russian occupiers continue artillery and mortar shelling of settlements in the Mykolaiv area. On 18 June, the invaders fired on Shyroke and Bereznehuvate hromadas [communities], damaging houses and farms.

During the night of 18 June, the Ukrainian units killed 9 Russian servicemen and destroyed 3 Msta-B howitzers and 3 occupiers’ vehicles.

Nazarov urged not to ignore air-raid sirens and warned that a storm could wash Russian mines ashore.

Due to active hostilities in the Kherson region, there is a critical situation in Vysokopillia, Velyka Oleksandrivka and Novovorontsovka communities. The local residents do not have any water, gas and electricity supply. The Ukrainian intelligence records many destroyed homes and civilian casualties.

On the night of 18 June, in the sky over the Odesa region, Ukrainian defenders shot down two Russian missiles launched from the Onyx coastal complexes in Crimea.

In the afternoon of 18 June, the Russians launched rockets at Kryvyi Rih, resulting in civilian casualties.