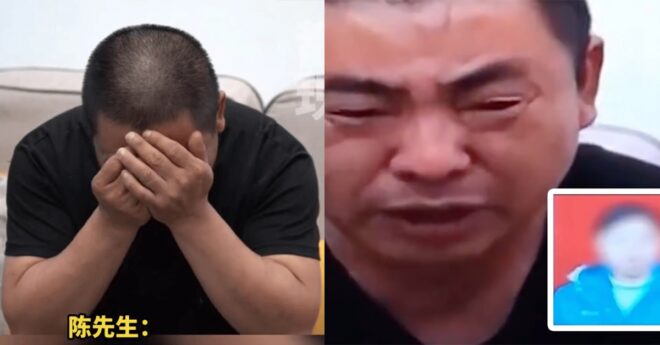 … Biological paternity is not important – wife

After a paternity test revealed that all three of his daughters were not his biological children, a 45-year-old man is seeking a divorce from his wife of 16 years.

While Chen was working in another city to support his family, he and his wife initially called regularly until she began to avoid him and explained that she wanted to work away from home. On March 1, Chen managed to track Yu to a hotel in eastern China where he witnessed his wife checking out with another man.

Although he forgave her, he later decided to do a paternity test and discovered that none of the three girls he had been raising were his biological children.“None of them [are] my own child”, he said.

After the revelation, Yu disappeared and is now untraceable. Chen has been reaching out to local media outlets asking for help in tracking down his wife. A TV station managed to contact Yu over the phone, and when asked about the situation, she responded that she did not cheat on her husband and that biological paternity is not important. Yu also criticized her husband for seeking a divorce.

“Couples who are sterile adopt kids all the time,” Yu told the news outlet. “Please try to empathize with me. The three children called him ‘dad’ for many years, but now he says the daughters are not his own. What is the difference between him and an animal?”

A lawyer surnamed Yu said that Chen is fully capable of divorcing Yu if he believes that her actions “severely harmed their relationship.”

“When he applies for a divorce, not only would the law encourage him to ask his wife to reimburse support payments and other expenses he paid for the three children, but he could also seek damages for psychological suffering,” Yu was quoted as telling the news outlet.