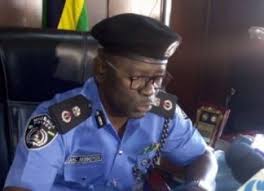 Eleven police officers have been dismissed in Imo State for professional misconduct, while 19 are undergoing trial.

The Commissioner of Police, Isaac Akinmoyede, disclosed this while fielding questions in the interactive program ‘We the People’ in Owerri-based Catholic radio station, Ozisa FM.

He said the errant officers were discovered to have indulged in acts considered to be contrary to the oath they took during their enlistment and against the rule of engagement.

Stressing that since he took over the headship of the state command a few months ago, he had taken time to sanitize the system, the CP maintained that any police officer found to have engaged in unprofessional conduct should be brought to his attention by calling the control room and officers in charge of such cases.

On the alleged cases of extortion against some officers at checkpoints, he said he would take the issue seriously.

Akinmoyede added that community policing would enable active participation of communities in crime-fighting at the grassroots level and protect lives and properties.